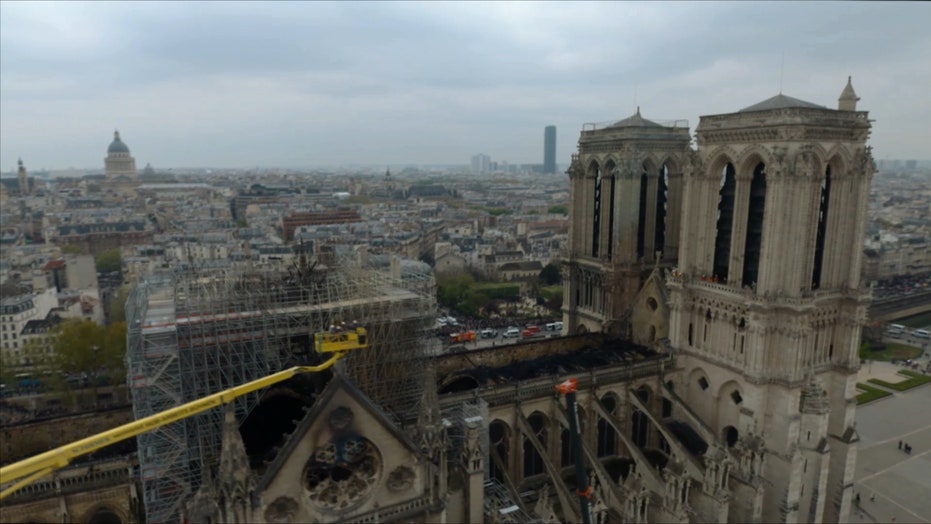 The world looked on in horror earlier this year as fire tore through the iconic Notre Dame Cathedral in Paris.

As France works to reconstruct the medieval cathedral, experts in the forthcoming season finale of the Science Channel series “If We Built it Today” will spotlight the devastating fire and Notre Dame’s reconstruction. “Audiences will get a never-before-seen look at the famed Notre Dame Cathedral in Paris following the devastating fires that nearly destroyed it last April,” explained Science Channel, in a statement.

The show will also discuss key aspects of the cathedral’s future. “Experts are faced with a challenging philosophical decision: rebuild Notre Dame exactly as it was built centuries ago or consider the evolution of the original concept and see what innovations are possible with modern technology,” explains Science Channel, in its statement.

The season finale will air Sept. 8 at 9pm ET/PT on Science Channel.

The medieval cathedral was devastated by fire in April 2019. (Science Channel)

In May, French lawmakers voted to restore Notre Dame to “its last known visual state” before it was engulfed by flames.  However, there is still an ongoing debate in France about how Notre Dame should be rebuilt and whether modern elements should be incorporated into its design, according to NPR.

Separately, some experts have suggested that a famous video game could help in the effort to rebuild Notre Dame, which is more than 850 years old.

Notre Dame's famous spire before it toppled in the fire. (Science Channel)

Other research projects, such as a 3D laser mapping of the cathedral by the late art historian Andrew Tallon, could also help rebuild the architectural gem.

In August, specialists arrived to shore up the fire-damaged site for the first time in nearly a month, this time wearing disposable underwear and other protective gear after a delay prompted by fears of lead contamination.

A venerated relic saved from flames during the April fire at Notre Dame Cathedral has been presented to the public in Paris.

The Crown of Thorns is purported to be the one placed on the head of Jesus at his crucifixion. King Louis IX brought it to Paris in the 13th century.

Firefighters rescued the relic and other treasures as Notre Dame's spire collapsed and roof burned away.

The world watched in horror as flames engulfed Notre Dame, which is more than 850 years old. (Science Channel)

It's been kept in a safe at the Louvre museum and was removed for only the second time for a veneration ceremony at St Germain l'Auxerrois church on Friday.

The crown is made of rushes wrapped into a wreath and tied with gold filament. Parts of it are held in places besides the Louvre.