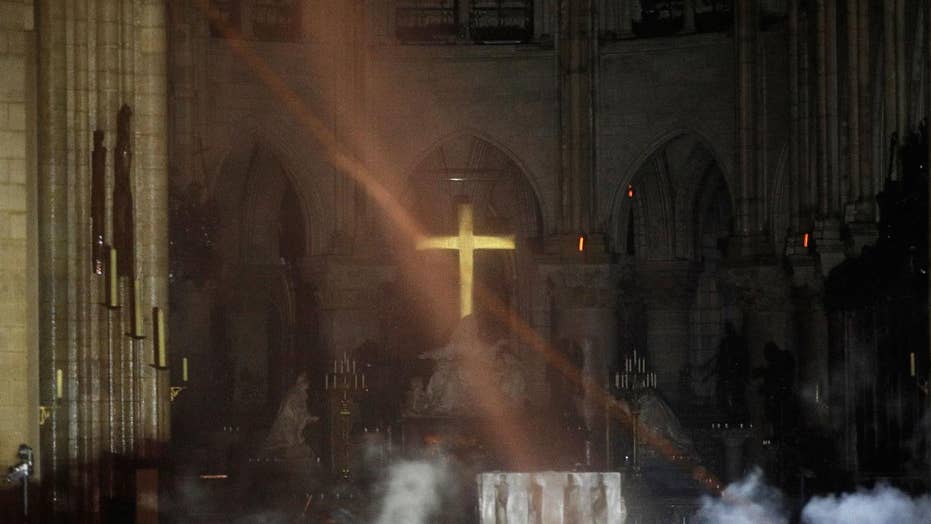 Here are the first images inside Notre Dame Cathedral after a fire destroyed its roof and iconic spire.

The massive inferno that engulfed Paris’ Notre Dame cathedral left in its wake a blackened shell of a historic monument that survived nearly 900 years of tumultuous French history.

The cathedral – immortalized in Victor Hugo’s 1831 novel “The Hunchback of Notre Dame” – was undergoing a massive $6.8 million renovation project when the blaze broke out. It was an effort to turn back the clock on centuries of neglect of the beloved monument.

One heritage expert said the destruction of this magnitude was “bound to happen” sooner or later.

"The lack of real upkeep and daily attention to such a major building is the cause of this catastrophe,” Jean-Michel Leniaud, president of the scientific council at the national Heritage Institute told AFP. “This is not about looking for people to blame. The responsibility is collective because this is the most loved monument in the country.”

A hole is seen in the dome inside Notre cathedral in Paris. (Christophe Petit Tesson, Pool via AP) 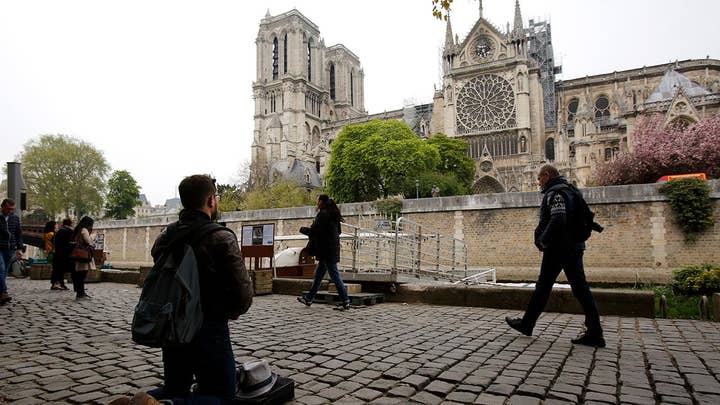 Middle Ages specialist Claude Gauvard told AFP that not enough had been spent on maintenance at the revered building.

"The ongoing works finally got started -- and it was high time, and perhaps even a little late,” she said. “I went up to the foot of the spire (before the renovations began) and some of the brickwork was disjointed, held in place by a grate to prevent it falling.”

Firefighters declared success Tuesday in a more than 12-hour battle to extinguish an inferno engulfing Paris' iconic Notre Dame cathedral that claimed its spire and roof, but spared its bell towers and the purported Crown of Christ. (Christophe Petit Tesson, Pool via AP)

On Tuesday, the cathedral’s iconic twin bell towers remained visibly intact as experts swarmed the building to assess the destruction.

Peter Fuessenich, who oversees all construction work for the Gothic cathedral in Cologne, Germany, told broadcaster RTL on Tuesday that it could take decades to repair the damage.

“It will certainly take years, perhaps even decades, until the last damage caused by this terrible fire will be completely repaired,” he said, adding that it was “a tragedy with a European dimension.”

Parts of the cathedral may be destroyed but the faith is not, Church of the Holy Family Rev. Gerald Murray says after the fire.

The 12th-century church is home to an 18th-century organ, relics, stained glass and other works of art of incalculable value, and is a leading tourist attraction.

Repairing the cathedral — including the 800-year-old wooden beams that made up its roof — presents challenges.

The cathedral's roof cannot be rebuilt exactly as it was before the fire because "we don't, at the moment, have trees on our territory of the size that were cut in the 13th century," Bertrand de Feydeau, vice president of preservation group Fondation du Patrimoine, told AP.

He said the roof restoration work would have to use new technologies. 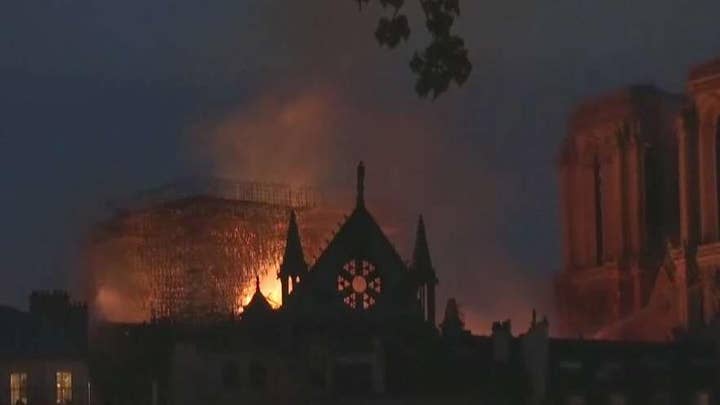 Junior Interior Minister Laurent Nunez told reporters Tuesday that "some weaknesses" had been identified in the structure of the cathedral.

Experts are assessing the blackened shell of Paris' iconic Notre Dame cathedral to establish next steps to save what remains after a devastating fire destroyed much of the almost 900-year-old building. (AP Photo/Christophe Ena)

"Globally the structure is holding up well, but some weaknesses have been identified particularly in the vault and the gable of the northern transept, which have to be secured," he told reporters at the scene.

Paris Deputy Mayor Emmanuel Gregoire described authorities' "enormous relief" at salvaging pieces such as the Crown of Christ, which were quickly transported to a "secret location" by officials after the fire. 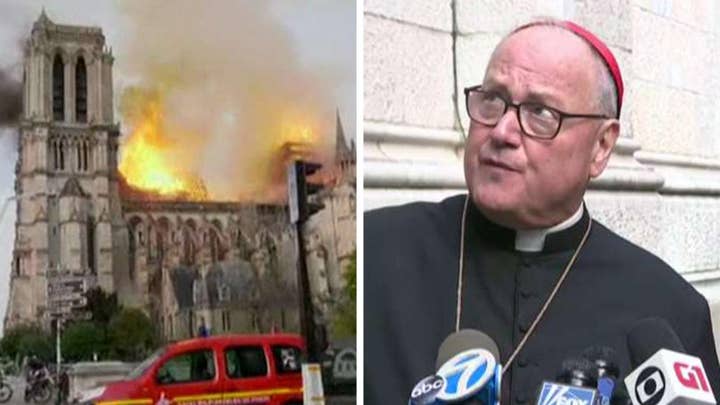 The Rose windows – a trio of immense round stained-glass windows over the cathedral’s three main portals that date back to the 13th center, were also saved, Aupetit told reporters.

“I hope I will see that cathedral again in my lifetime and that I will celebrate a mass there. I'm 67 now and if all goes well, even if it takes 10 years, I will be 77 and still able to do it," Monsignor Patrick Chauvet, the rector of Notre Dame, told France Inter radio.