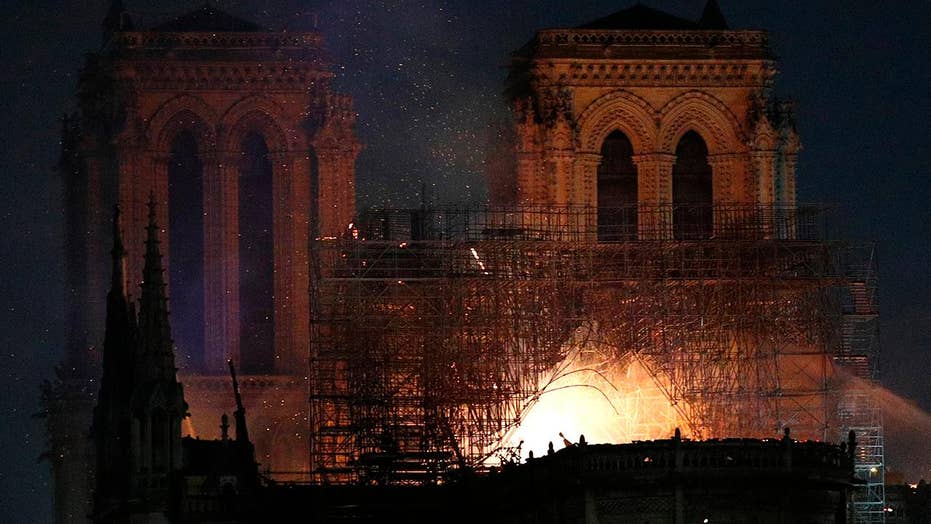 Artist Liz Boeder laments the loss of 'something so beautiful.'

As France prepares to reconstruct the fire-ravaged Notre Dame Cathedral, a famous video game could be a vital tool in the rebuilding effort.

Set during the French Revolution, “Assasin’s Creed Unity,” may help with the reconstruction of the nearly 850-year old cathedral, according to experts. A painstakingly-created digital representation of Notre Dame is one of the backdrops in the game, developed by Ubisoft.

The game “3D scanned #NotreDame in so much detail that this could help rebuilding the cathedral,” tweeted Ştefan Teişanu, director of the Cluj Cultural Centre in Romania on Tuesday.

Other social media users also highlighted the potential use of “Assasin’s Creed Unity,” which was released in 2014.

In a 2014 blog post, Ubisoft explained how Caroline Miousse, a senior level artist on the game, recreated the famous medieval cathedral, "after working on it for years."

“We were able to find a lot of blueprints showing us exactly how Notre Dame was constructed,” Miousse said, adding that the game’s historian, books and internet research helped recreate the famous cathedral. “But it also really just helped me a lot to talk to people. It’s very difficult to take a big picture of Notre Dame and capture every single detail. You really have to take a bunch of pictures of everything and put them all together like a puzzle.”

Miousse noted that she was particularly proud of how Notre Dame’s famous spire was recreated in the game, a process she described as incredibly challenging. “It’s easy to say, 'Oh, she just re-created it. What’s the big deal?' But we had all kinds of rules to follow and aspects of navigation to smooth out,” she added.

Onlookers on the streets of Paris watched in horror Monday as the Cathedral’s ornate central spire collapsed after being consumed by flames.

In a blog post on Wednesday, Paris-based Ubisoft said that it is donating 500,000 Euros ($565,000) to help the restoration and reconstruction of the Cathedral. "When we created Assassin's Creed Unity, we developed an even closer connection with this incredible city and its landmarks – one of the most notable elements of the game was the extraordinary recreation of Notre-Dame," it said.

Other research projects, such as a 3D laser mapping of the cathedral by the late art historian Andrew Tallon, could also help rebuild the architectural gem.

“We have exquisite 3D laser maps of every detail of Notre Dame, thanks to the incredible work of @Vassar art historian Andrew Tallon. Prof Tallon passed away last November, but his work will be absolutely crucial,” tweeted Hannah Groch-Begley, a doctoral student at Rutgers on Monday.

In 2015, National Geographic reported that Tallon’s use of laser scanning uncovered anomalies in the structure of Notre Dame.

Fox News has reached out to Vassar with a request for comment on this story.

Notre Dame’s famous bell towers survived Monday’s devastating fire, but construction on the famous cathedral began in 1163. Its two massive towers were finished around 1245, but the building was not completed until the beginning of the 14th century and its central spire was added in the 19th century.

Firefighters declared success Tuesday morning in an over 12-hour battle to extinguish an inferno engulfing the iconic church that claimed its spire and roof.

French President Emmanuel Macron pledged to rebuild the famous Paris cathedral that he called "a part of us" and appealed for help to do so.