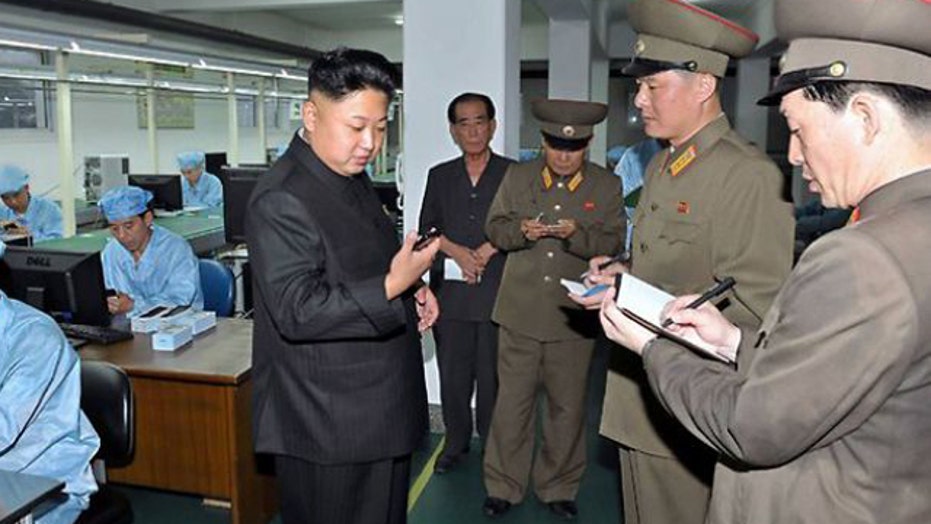 Is North Korea designing a smartphone?

North Korea is reported to be manufacturing its own smartphone, with leader Kim Jong-Un giving his seal of approval to the project.

The communist state's KCNA news agency showed Kim touring a "factory" and inspecting the phone, which it claims is produced using "indigenous technology."

The handset is named Arirang, after a famous North Korean folk song.

Specifications of the handset are unknown but the young leader "noted that these hand phones will be very convenient for their users as their camera function has high pixels," KCNA reports.

Kim "highly appreciated the creative ingenuity and patriotic enthusiasm with which the officials and employees of the factory laid a solid foundation for mass-producing hand phones by building a new modern hand phone production process," it said.

"He praised them for developing an application program in Korean style which provides the best convenience to the users while strictly guaranteeing security."

The factory has "laid a solid foundation" for mass producing the phones, it said.

But in images released of Kim's tour, production of the phones isn't actually shown, leading to suggestions the phones are made in China and repackaged in North Korea.

Whether Kim himself will use the Arirang is unknown.

There was feverish speculation earlier this year as to what smartphone is Kim's preferred choice when he was photographed with one during a meeting.

It was safe to say it wasn't a Samsung.

Get more tech news and reviews at News.com.au.