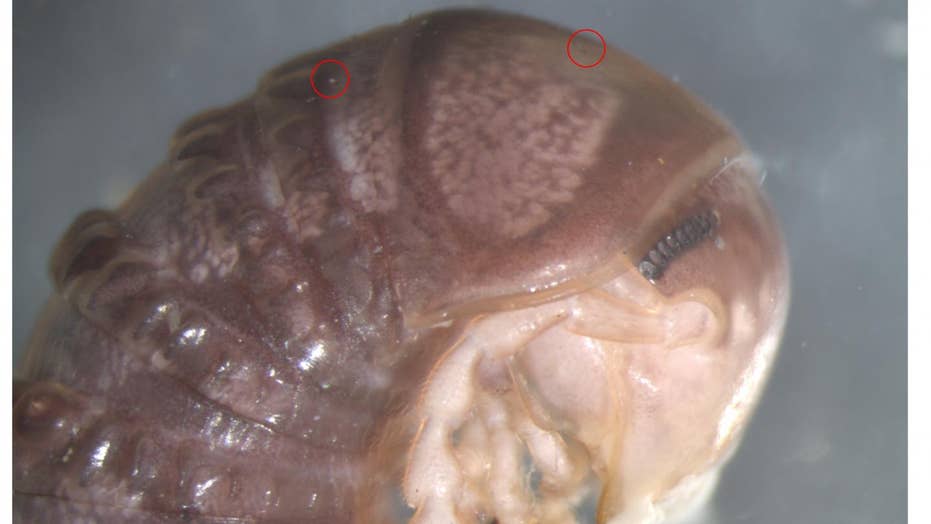 Scientists in Denmark have harnessed social media to discover a new type of parasitic fungus.

Researchers from the University of Copenhagen’s Natural History Museum made the find after spotting an image of a millipede that was shared on Twitter.

Biologist and associate professor Ana Sofia Reboleira of the National Natural History Museum spotted the image when she was scrolling through her feed, according to a statement released by the University. “There, she stumbled upon a photo of a North American millipede shared by her U.S. colleague Derek Hennen of Virginia Tech.”

Reboleira’s interest was piqued by some tiny dots on the millipede. "I could see something looking like fungi on the surface of the millipede. Until then, these fungi had never been found on American millipedes,” she explained, in the statement. “So, I went to my colleague and showed him the image. That's when we ran down to the museum's collections and began digging."

The photo shared on Twitter of the millipede Cambala by Derek Hennen. The two red circles indicate the presence of the fungus. (Derek Hennen)

Working with her colleague Henrik Enghoff, Reboleira discovered several specimens of the same fungus on a number of millipede specimens in the museum’s enormous collection. The fungus had never been documented before.

The fungus was given a Latin name that acknowledges the role played by social media in its discovery – Troglomyces twitteri.

INVASIVE TEGU LIZARDS ‘SHOULD BE SHOT ON SIGHT’ IF SEEN IN GEORGIA, WILDLIFE GROUP SAYS

The scientific community is no stranger to knowledge sharing on social media. In 2017, for example,  a strange fanged "sea creature" that washed up on a Texas beach in the aftermath of Hurricane Harvey quickly went viral after images were posted on Twitter.

The creature was eventually identified by experts as a fangtooth snake-eel or tusky eel.