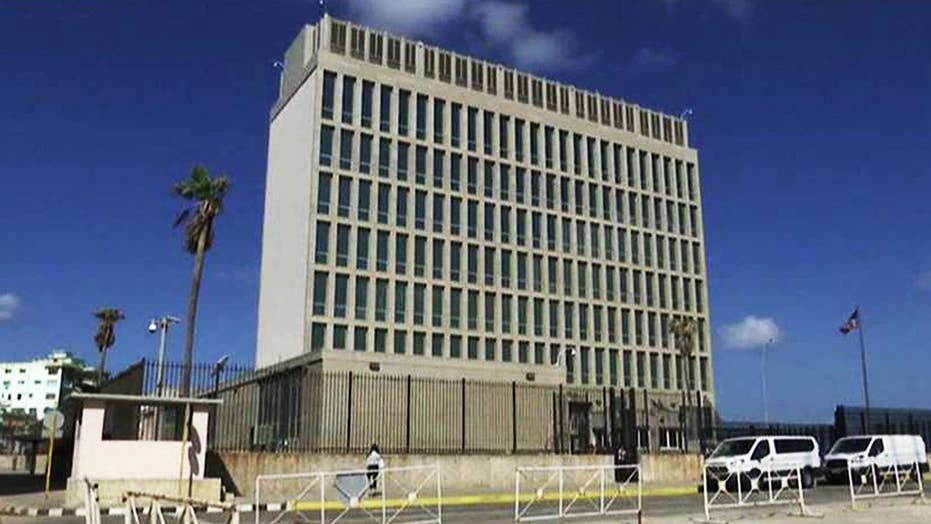 Cuba sonic attacks may have been unintentional

Scientists: Cuba sonic attacks may have been caused by malfunctioning bugging devices. Rich Edson reports from the State Department.

Why did dozens of U.S. Embassy workers in Cuba hear loud sounds and suffer neurological symptoms in 2016? There's a new, Cold War-era microwave explanation for the mystery.

The Havana-based diplomats reported hearing loud, strange sounds and feeling movement in the air around them. Those affected went on to experience months of concussion-like symptoms, including cognitive impairment, balance issues and tinnitus (ringing in the ears). And as recently as February, researchers reported that they couldn't tell what caused the problems, but they ruled out the most common early explanation: sonic attacks.

"Sound in the audible range (20 Hz to 20,000 Hz) is not known to cause persistent injury to the central nervous system," they wrote in the journal JAMA.

Now, those same researchers have told The New York Times that microwave weapons may have been the cause.

Allan Frey, an American biologist, showed in the early 1960s that microwave beams can create the sensation of hearing noises when they hit the brain's temporal lobe. The Times reported that Soviet researchers took a keen interest in the discovery after it was announced, going so far as to invite Frey to speak and then bring him to a military laboratory. [Killer Chemistry: The Chemical Weapons of World War I (Photos)]

According to the Times, both Frey and Douglas Smith, the lead author of the JAMA paper, suspect a weapon based on this discovery may have been involved. Unnamed members of a secretive scientific panel dubbed "Jason" convened by the U.S. government reportedly agreed. However, the Times noted, the State Department has not yet settled on this explanation, at least publicly. So this is not yet the official, reported cause of the diplomats' symptoms. And, of course, it is still possible that a more banal explanation will emerge.

Live Science will continue to report on the Frey effect and its potential role in the apparent attacks. This article will be updated with a link to a more thorough explanation of how it works, and what it does.