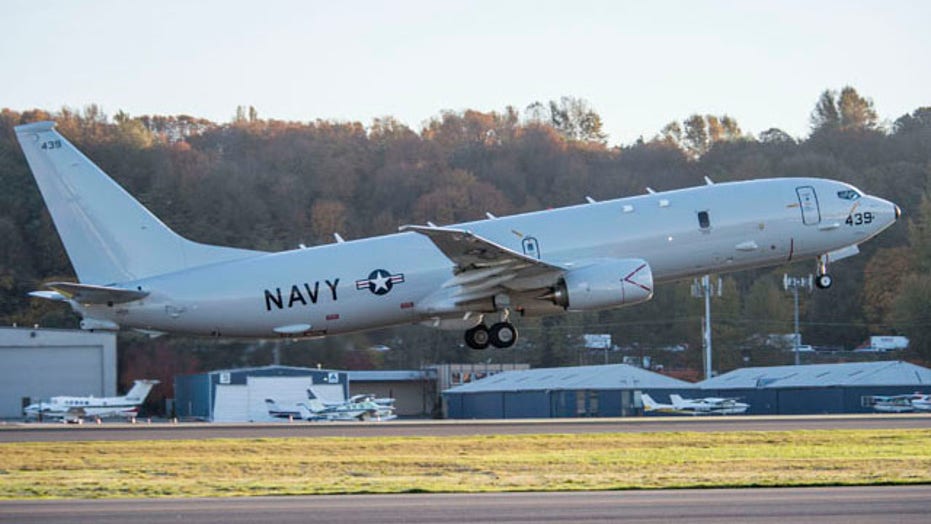 Allison Barrie on the new reconnaissance and surveillance Posideon aircraft the U.S. Navy has ordered from Boeing

The U.S. Navy has ordered $2.4 billion worth of a new reconnaissance and surveillance aircraft that resembles the plane you might fly on to Cancun for a spring break. On Wednesday, Boeing announced it will produce 16 P-8A Poseidon aircraft for this order.

Ultimately, the Navy plans to purchase 117 of the aircraft, which will replace its P-3C fleet.

The P-3C Orion is a four-engine, anti-submarine/surveillance aircraft that has acted as a maritime patrol plane for about half a century. It has advanced submarine detection sensors, such as directional frequency and ranging sonobuoys and magnetic anomaly detection equipment.

But the Poseidon will boost maritime patrol capabilities even more. It will serve the military as a long-range anti-submarine warfare, anti-surface warfare, intelligence, surveillance and reconnaissance aircraft.

Poseidon’s power
Maritime patrol aircraft act as the eyes of the fleet; the Poseidon will fly farther and cover greater distances, scouring the world’s oceans for any potential threat and able to respond very quickly if spotted.

Based on Boeing's 737-800 commercial airplane, the P-8A Poseidon holds a crew of nine and can operate as an armed platform to take on targets while getting critical data to everyone on the network at the same time.

It can communicate with unmanned aircraft and will leverage enhanced technology with even more capable weapons and sensors, all of which will contribute to a single fused tactical situation display that can be shared over both military standard and civilian Internet data links.

From jumbo jet to armed warrior
Ever flown in a 737? The P-8A is a derivative of this aircraft. It marks the first time Boeing has taken a commercial aircraft and modified it for war.

The Poseidon is a team effort from Boeing partners, including Northrop Grumman, Raytheon, Spirit AeroSystems, BAE Systems and GE Aviation.

In January 2009, Boeing was selected to provide eight P-8I versions of this aircraft to the Indian navy. Other countries, including Italy and Australia, have also shown interest in the aircraft.

Boeing has already delivered 13 P-8As to the U.S. Navy.  In December, the first patrol squadron was deployed to Kadena, Japan, where it has since been conducting operational missions.