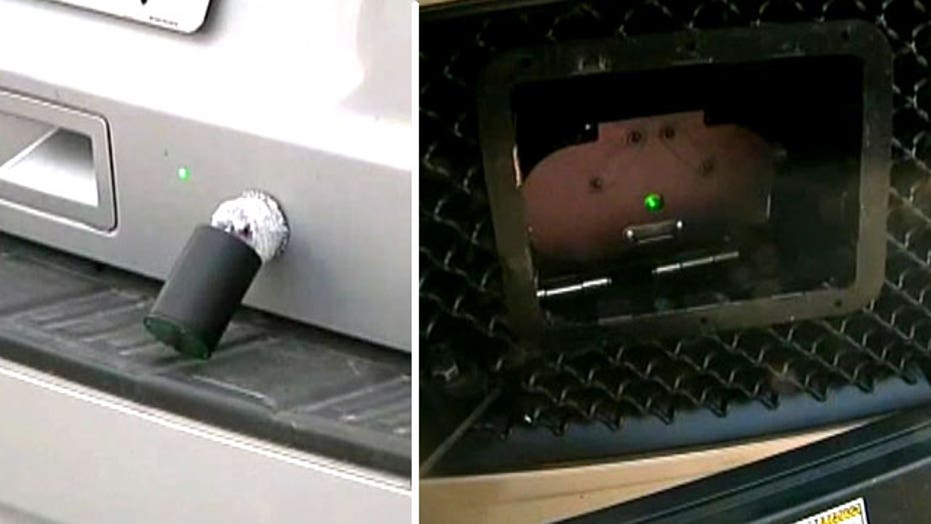 When police decide to chase a fleeing suspect, the result can be deadly. Someone is killed each day in a high speed pursuit. And it’s frequently not the bad guy. Innocent motorists make up 42 percent of those killed. It’s got cops around the country re-writing pursuit policies and looking for alternatives.

That’s why the Iowa State Patrol is now experimenting with the latest gadget aimed at reducing the number of pursuits. It’s a mini air cannon that mounts on the patrol car’s push bar. It fires a GPS device that’s designed to stick to the back of the fleeing vehicle. The officer can then lay back at a safe speed and distance and track the suspect by satellite.

'It allows everybody to make better decisions ... even the criminal.'

Iowa troopers have shot twice so far and are 2 for 2 with a couple arrests. The system and the company that makes it are called StarChase.

“It allows the officer to really use different tactics on what would be a traditional pursuit,” says StarChase President Trevor Fischbach, “but just run it differently, lower the adrenaline, lower the risk, and it allows everybody to make better decisions, even the criminal.”

But according to the police in Austin, Texas, there are some limitations. The department has been using Star Chase for 6 months. There was resistance initially. In the last 3 months, officers have fired 15 times and missed on 4 occasions. Austin officer Marcus Davis tells Fox News they won’t fire in the rain or at a car that’s swerving or turning.

Still, it’s worked as advertised 11 times -- and that’s enough to get other departments to show interest. Police in Los Angeles and Washington State have recently seen company demonstrations.

“Anything that we can get our hands on to reduce the number of pursuits per year would be something we would definitely be interested in,” says Sgt. Justin Hicks of the Washington State Patrol. The WSP engages in about 300 high speed pursuits a year.

Price could be a big drawback. The system is not cheap. Each cannon runs $5,000 and every GPS round costs $250.