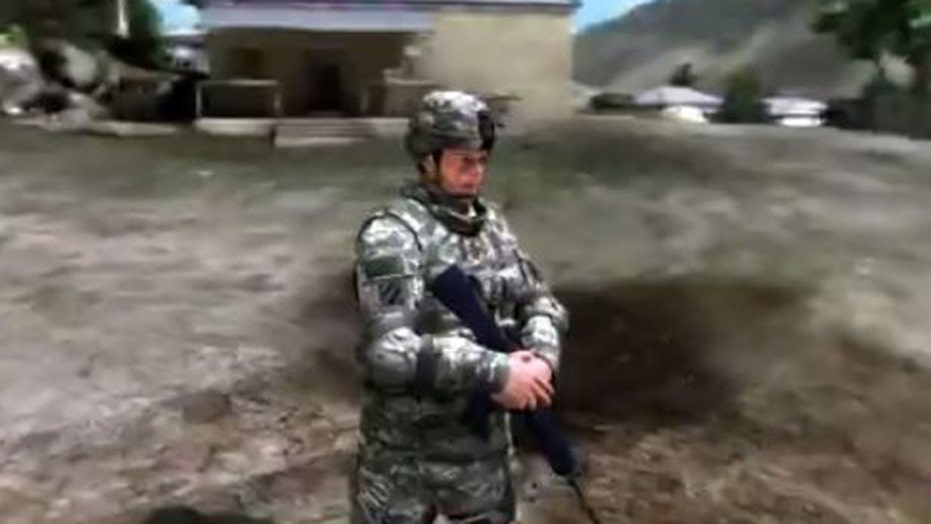 Terrorists storm through a popular hotel shooting civilians as they go, a bomb goes off igniting a fire that begins to travel through the guest rooms, first responders rush to respond --- and a new tech means they can practice for just these types of critical incidents in a safe virtual environment.

EDGE is the new Enhanced Dynamic Geo-Social Environment virtual training platform that will allow first responders to practice real-life skills without the risks of live training against dangerous threats. The Department of Homeland Security’s Science and Technology Directorate teamed up with the U.S. Army’s Training and Doctrine Command and Research Laboratory to build it.

What does it look like?
The Sacramento Police and Fire Departments and first responder community gave the new tech its first work out on Wednesday, thanks to a pilot program with DHS.

The Sacramento team was challenged with an active shooter scenario; their feedback was collected to further refine the scenario.

'It allows police, fire, EMS, dispatch, and unified command to train together on the tactical and strategic levels.'

The First Responder Scenario virtual training space replicates a real hotel in downtown Sacramento with a high level of detail -- even including a realistic copy of the hotel’s unique lobby. The virtual hotel’s infrastructure reflects the real one with 27 guest room floors, two main entrances that lead to the lobby and the guest check in and a basement.

It also includes the restaurant and bar on the second floor and ballrooms on the bottom floor.

The environment provides the space for a full response against a complex organized attack in free form role-playing scenarios.

To practice working and communicating together efficiently in a coordinated response, this space is excellent for combining teams from unified command, police, fire fighters through to emergency medical services and dispatch.

“There are many single discipline virtual training games out there. What makes this unique is that it is for multiple disciplines, allowing police, fire, EMS, dispatch, and unified command to train together on the tactical and strategic levels,” noted S&T Program Manager Christine Lee.

Virtual training gives responders the opportunity to practice with multiple disciplines and jurisdictions and collaborate on strategies to deal with threats.

EDGE has also been built for training on threats like a fire in the hotel. Their fire propagation model is unique to their game engine technology and their virtual fire is designed to behave like a real one: If it encounters flammable materials, it spreads throughout them. Even ceilings can catch on fire.

S&T is using EDGE to develop a series of realistic scenarios that the first responder community identified as critical incidents; they chose an active shooter for the first scenario.

Working with the U.S. Army, they created an accurate 3-D environment for the shooter scenario as well as the avatars, equipment, individuals and crowds to operate in the space.

Each virtual environment has been designed to improve skills like problem solving, critical thinking and communication.

Eventually, S&T plans to include this and other scenarios in a multi-player online game with multiple user interfaces including a joystick, keyboard and gaming console.

The scenarios will have varying levels of difficulty to challenge first responders on their tactics, techniques, and procedures.

Lee explains “The most important thing about this game is its flexibility. Most games are static—once you learn how to play it, you learn how to ‘beat the game.’ In the EDGE platform, the game is entirely dynamic based on the individual actions of individual players, so it is never the same game twice.”

The system could be used to prepare for a large-scale coordinated incident response complicated by the number of agencies and jurisdictions involved, but it can also be used for an individual to train in a single agency incident.

The virtual advantage
Virtual training will never replace the benefits of hands on live field training, but opportunities for first responders to participate in these exercises tend to be very limited due to cost.

Realistic virtual training scenarios can be confidence-building and help first responders hone their skills that they can take with them responding to real life incidents.

However, high quality virtual training also tends to be cost prohibitive for most of the first responder community.

Now response agencies throughout the country will be able to customize the open source platform and create their own 3-D environments tailored to accurately depict their jurisdiction’s infrastructure and available resources.

At a price tag of free, any first responder with access to a computer and the Internet can train individually or in teams when the tech rolls out nationwide in early 2014.