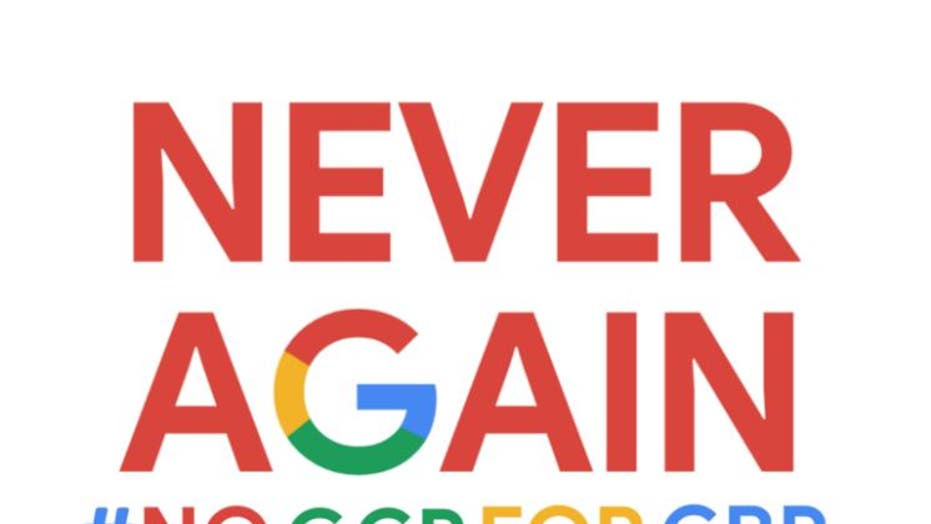 More than 600 Google employees are refusing to "be complicit" in any potential cloud computing work the tech giant might do for U.S. Customs and Border Protection (CBP).

In a petition posted on Wednesday to Medium, the employees wrote that CBP, along with Immigration and Customs Enforcement (ICE), is caging and harming asylum seekers, separating children from their parents and overseeing an abusive system.

After noting that CBP is seeking vendors for a contract to provide cloud services, the Googlers asked that the Mountain View, Calif., company preemptively commit to not working with the agency.

"It’s time to stand together again and state clearly that we will not work on any such contract. We demand that Google publicly commit not to support CBP, ICE or ORR [Office of Refugee Resettlement] with any infrastructure, funding or engineering resources, directly or indirectly, until they stop engaging in human rights abuses," the petition stated.

40 PERCENT OF CHILDREN HAVE CONNECTED WITH A STRANGER ONLINE, SURVEY REVEALS

Hundreds of Google employees are demanding the company commit to not doing cloud computing work for Customs and Border Protection. (Medium)

The petition comes as the company faces multiple problems from within, with employees across the political spectrum publicly calling it out for some of its business choices and practices.

The employees who signed the petition are likening Google's potential work with ICE to IBM's work with the Nazi s during World War II.

"In working with CBP, ICE or ORR, Google would be trading its integrity for a bit of profit and joining a shameful lineage," the petition stated. "We have only to look to IBM’s role working with the Nazis during the Holocaust to understand the role that technology can play in automating mass atrocity."

The tech giant led by CEO Sundar Pichai has changed course after employee dissent a number of times in the last year or so. Last summer, after a backlash from employees, Google decided not to renew its contract with the Pentagon for Project Maven, which involved drone-targeting artificial intelligence.

In July, Google stated that it would not proceed with a censored Chinese search engine, codenamed Dragonfly, after workers aired their grievances and lawmakers grilled the company's exectives about it.

Fox News has reached out to Google for comment.