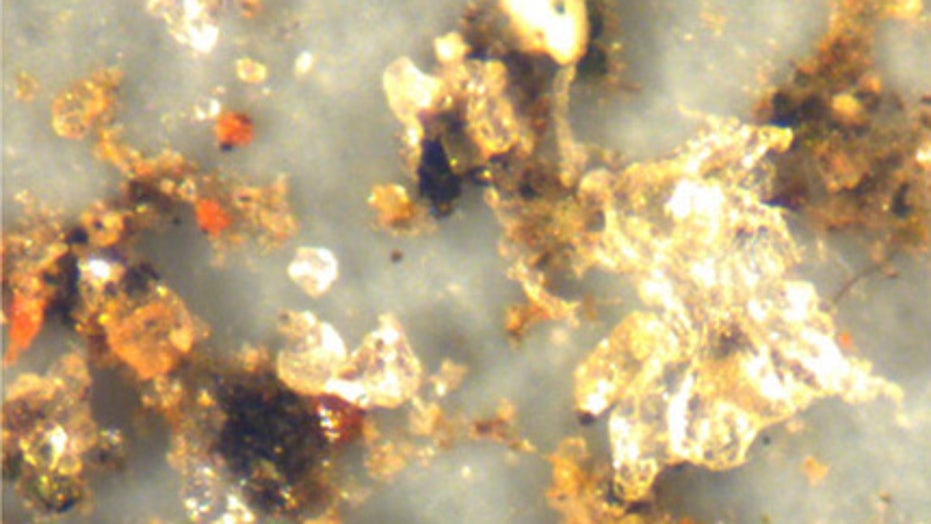 Microplastic pollution is now so commonplace that it's drifted to the furthest reaches of the Arctic.

A study published Wednesday confirms that remote ice floes in the Arctic contain measurable amounts of microplastics and microfibers, most likely carried there by the wind, according to scientists.

The production rates of plastic are so high -- well over 380 million metric tons per year -- that it's perhaps not surprising the pollution from it would be able to reach faraway corners of the planet.

The microplastic pollution is probably entering our food supply, according to scientists.

A close up view of microplastic pollution in Arctic snow. (Alfred-Wegener-Institut)

"Through [the air], microplastics likely find their way into soil and aquatic environments and therefore also into food chains. In populated areas, it is a common practice to remove snow from streets and transport it 'away,'" the authors note in the study. "Our results show that these locations should be chosen wisely so as to avoid contamination of sensitive areas."

Snow samples from nine ice floes in the Farm Strait, which is between Greenland and the Norwegian island Svalbard, were examined by the researchers -- with all but one of the sites containing measurable amounts of microplastics and microfibers.

One of the scientists involved in the study, Sebastian Primpke, who works at Germany's Alfred Wegener Institut, told Earther that the microplastics could be getting swept up in wind currents and ferried far north into the Arctic.

“Larger sand particles from the Sahara desert or pollen can be transported over long distances also into the Arctic and similar processes can be assumed for microplastics,” Primpke told the news outlet.

The study's full results were published in the journal Science Advances.