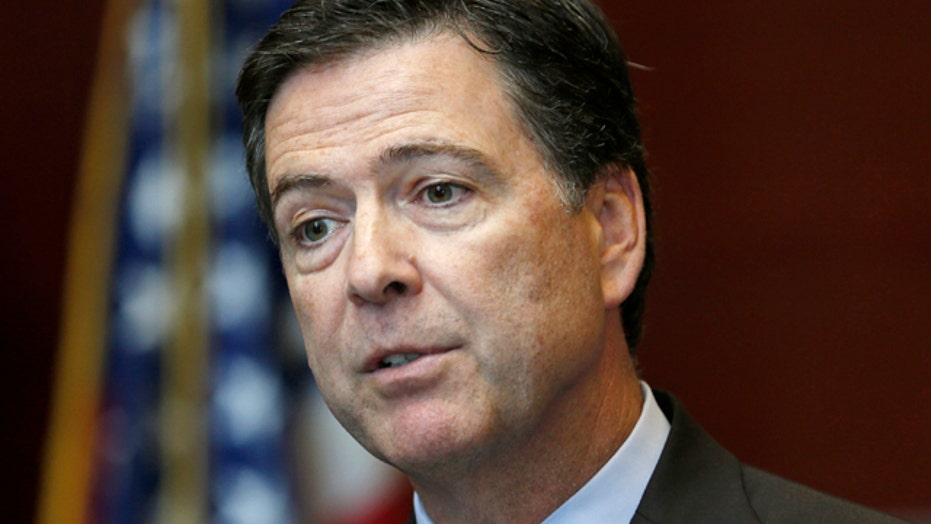 In the battle over how much access law enforcement should have to your smartphone, don’t expect the government to be outsmarted without a fight.

FBI Director James Comey said as much Thursday in a speech at the Brookings Institution in Washington, suggesting the agency might ask congress to force companies to provide what amounts to a “back door” to law enforcement to obtain password-protected data on targeted personal mobile devices.

“We’re hoping to start a dialogue with congress” on updating laws that require tech companies to comply, he told the audience.

But he might find more than the usual resistance on Capitol Hill these days, and not just from known privacy critics and libertarians. A White House advisory panel convened in the wake of the Edward Snowden leaks about widespread government surveillance of Americans formally recommended that laws should “not in any way subvert, undermine, weaken or make vulnerable generally available commercial software.”

Moreover, typical law-and-order Republicans who might normally side with the FBI said they feel burned by government spying and want more assurances that Americans’ Fourth Amendment right against unreasonable search and seizures is protected.

“I don’t think any legislative response is warranted until Congress passes the USA Freedom Act and other [National Security Agency] reforms,” charged Rep. James Sensenbrenner, R-Wis., chairman of the Crime, Terrorism, Homeland Security and Oversight Subcommittee. He’s the principal author of the USA Freedom Act, which would rein in bulk collection of personal electronic data by federal law enforcement and surveillance agencies.

Despite strong bipartisan support, a watered-down version passed the House in May. It is awaiting action in the Senate.

“This problem has been caused by the administration overreaching in terms of grabbing all the data from people’s smart phones and computers – that’s what the NSA has been doing for years now, and Apple and Google are responding to it,” Sensenbrenner told Foxnews.com in an interview Thursday.

It all began when the top smartphone companies, Apple (iPhone) and Google (Android), announced last month that their next-generation mobile operating systems would offer full encryption for their users. Meaning that no one – the cops, the government, not even the companies themselves – can access the data stored on your phone without a password, held only by you.

But the law enforcement community is already girding for a fight, hoping to get members of congress to hold hearings that might lead to a change in the law, more specifically, the 1994 Communications Assistance for Law Enforcement Act (CALEA), which would demand that Apple and Google provide a back door or “golden key” to your phone under warrant.

“This sort of encryption creates a virtual sanctuary for criminals who are very determined and smart,” warned Ron Hosko, the former head of the FBI’s criminal division, now the president of the Law Enforcement Legal Defense Fund.

“(Congress) has an obligation to look at these issues, to hold hearings to understand the interests and balance them,” he told Foxnews.com.

But privacy experts say Apple and Google are not only responding to the wave of government spying revelations in which technology companies and Internet Service Providers (ISPs) have been fingered for being too compliant with the National Security Administration. They are trying, too, to increase practical security for their users: total encryption would mean that if a phone is stolen or lost, no one would be able to hack into your stored data unless they had the password.

“I think this is a great move by Apple and Google and a win for everyday users of mobile devices,” said Jeremy Gillula of the Electronic Frontier Foundation, who noted that up until now, mobile phones did not have the same security standards as personal computers and laptops.

“There has been a gap and Apple and Google are basically closing it,” said Gillula, in a recent interview with Foxnews.com.

Police will still be able to search your phone and even compel you to hand over the password – they just won’t be able to force Apple and Google to give it because they will no longer have it. On the other hand, law enforcement will still be able to listen into your conversations and check your call and text records by going to the telecom provider with a warrant. Got stuff stored on the cloud? They will be able to access that too, say experts, because that won’t be encrypted.

But law enforcement experts like Hosko say that society’s worst criminals – gangsters, terrorists and pedophiles for example – will use the newest restrictions to elude police, keeping incriminating evidence involving texts, photos, contact lists and other data locked away.

“I don’t think the legislative branch or the judicial branch can sit idly by while destruction comes,” said Hosko, noting that law enforcement’s next move is expected to be a top issue at next week’s annual conference of the International Association of Chiefs of Police in Orlando.

Sensenbrenner says he has not been contacted yet about hearings. When asked, judiciary committee aides in both the House and Senate said the issue was on the radar, but had no further comment.

“It’s about time that this administration realizes there has to be a balance between privacy and security, and they need to find that balance,” said Sensenbrenner.

He wants to see NSA reforms first. “That is the way we need to go about enforcing our laws and protecting Americans in consistency with the Fourth Amendment of the Constitution.”