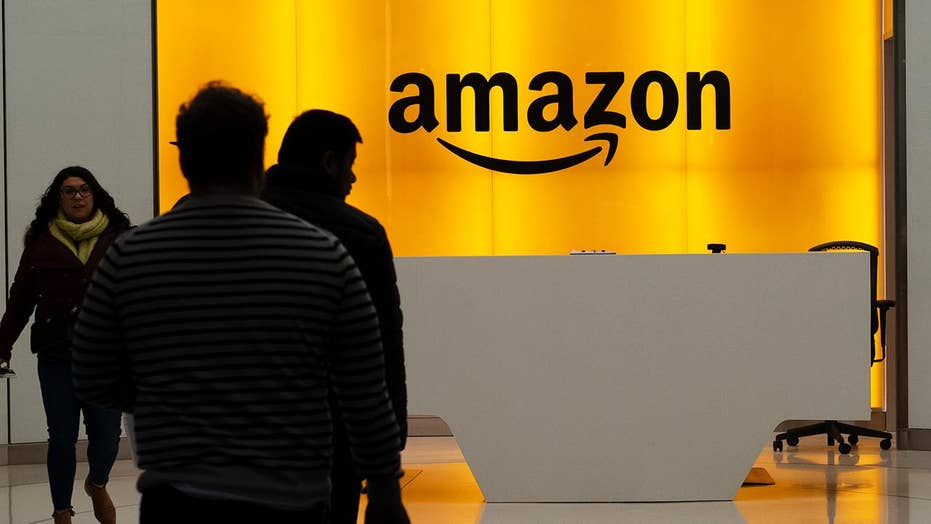 Kurt 'The Cyber Guy' Knutsson weighs in on Amazon backing out of building their newest headquarters in New York.

A Long Island City apartment building owner is calling for a nationwide boycott of Amazon and its products after the tech giant pulled out of its plan to build part of its second headquarters in Queens.

Sam Musovic had invested over a $1 million in his property, anticipating the economic boost that HQ2 was expected to bring, according to a statement released Friday. Amazon said it would have created 25,000 jobs in the area, paying an average of $150,000 a year.

The property owner made the investment “only for Amazon to stand him up on Valentine’s day — and leave him with nothing but the bill and a broken heart,” the statement added.

Musovic, who in addition to being a landlord is also a restauranteur, has started a petition to boycott Amazon that is being circulated among Queens residents and business owners. He also intends to take legal action against the tech giant, according to the statement. “Musovic and his fellow business and apartment building owners are weighing their legal options,” it said.

Graffiti painted on a sidewalk by someone opposed to the location of an Amazon headquarters in the Long Island City neighborhood in the Queens borough of New York. (AP Photo/Mark Lennihan, File)

A protest outside Amazon Books in Midtown Manhattan has been scheduled for Friday afternoon.

Fox News has reached out to Amazon with a request for comment on this story.

Amazon had planned to spend $2.5 billion building the Long Island City office, choosing the area in part because of its large pool of tech talent. New York Governor Andrew Cuomo and New York City Mayor Bill de Blasio had argued that the project would spur economic growth that would pay for the $2.8 billion in state and city incentives many times over.

A rusting ferryboat is docked next to an aging industrial warehouse on Long Island City's Anable Basin in the Queens borough of New York. The shockwaves from Amazon's decision not to build its HQ2 in Queens look set to reverberate. (AP Photo/Mark Lennihan, File)

However, the deal sparked intense opposition from critics such as Democratic lawmaker Alexandria Ocasio-Cortez, who represents parts of Queens.

The shockwaves from Amazon’s decision to pull out of its planned HQ2 look set to reverberate for some time.

In an interview with NBC News Thursday, Amazon’s Head of Policy Communications Jodi Seth slammed Ocasio-Cortez and other opponents of the deal. "If you talk to Alexandria Ocasio-Cortez, it's 'Never Amazon,'" she said.

“Looking at the opposition and the timeline we decided we don't want to work in this environment in the long term,” Seth explained, during the interview.

Ocasio-Cortez took a victory lap on hearing of Amazon’s decision and aimed a dig at the company’s CEO Jeff Bezos. “Anything is possible: today was the day a group of dedicated, everyday New Yorkers & their neighbors defeated Amazon’s corporate greed, its worker exploitation, and the power of the richest man in the world,” she tweeted Thursday.

Cuomo, however, blasted Ocasio-Cortez and other lawmakers who opposed the deal. A small group of politicians “put their own narrow political interests above their community,” he said, in a statement released Thursday.

A bird flies off holding fish scraps near a former dock facility, with "Long Island" painted on old transfer bridges at Gantry State Park in the Long Island City section of the Queens Borough in New York. The area is in the spotlight after Amazon pulled out of a plan to build its HQ2 in Queens. (AP Photo/Bebeto Matthews, File)

The Governor added that “poll after poll showed overwhelmingly supported bringing Amazon to Long Island City -- the state's economic future and the best interests of the people of this state.”

“The New York State Senate has done tremendous damage,” he added. “They should be held accountable for this lost economic opportunity.”

Cuomo’s statement appeared to be at odds with de Blasio’s initial response to the news, which criticized Amazon. “We gave Amazon the opportunity to be a good neighbor and do business in the greatest city in the world. Instead of working with the community, Amazon threw away that opportunity,” he said, in a statement released Thursday afternoon.

Opposition against the HQ2 tax breaks had been mounting since the deal was announced in November. In December, Amazon execs were grilled and jeered at a New York City Council meeting over the tech giant’s headquarters plan.

On Thursday evening, de Blasio told reporters that he was stunned by Amazon’s decision. The mayor said that 48 hours before the announcement, he spoke with a senior company executive who gave no indication that there was a problem with the deal. But Thursday morning, he got a call from an executive just as news started to come out that the deal was dead.

"I was flabbergasted," he told reporters in Boston, where he was taking part in a forum at Harvard's Kennedy School. "I said, 'Why on earth after all the effort we all put in would you simply walk away?'"

In pulling out, Amazon said it isn't looking for a replacement location "at this time." It said it plans to spread the technology jobs that were slated for New York to other offices around the U.S. and Canada, including Chicago, Toronto and Austin, Texas. It will also expand its existing New York offices, which already have about 5,000 employees.