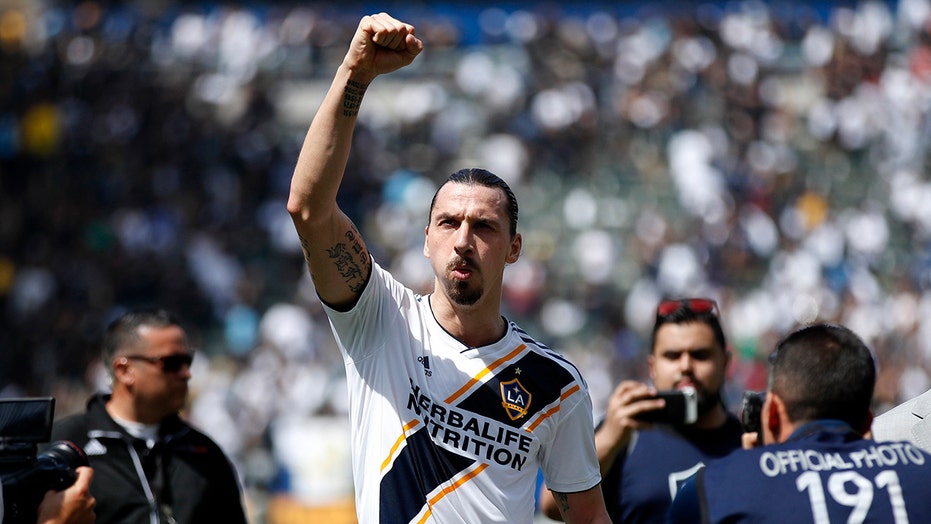 Zlatan Ibrahimovic announced his departure from the Los Angeles Galaxy and Major League Soccer on Wednesday.

Ibrahimovic, who was one of the biggest personalities to make his way onto an MLS pitch, told fans in a tweet he was leaving the club but did not announce his next move.

“I came, I saw, I conquered. Thank you @lagalaxy for making me feel alive again. To the Galaxy fans —  you wanted Zlatan, I gave you Zlatan. You are welcome. The story continues...Now go back to watch baseball.”

Ibrahimovic spent two seasons with the Galaxy and became one of the most prolific goal sorcerers and brash personalities the league has ever seen. The 38-year-old joined Los Angeles after having spent three seasons with Manchester United and five seasons with Paris Saint-Germain.

The Galaxy thanked Ibrahimovic for his “contributions.”

“Since his arrival in 2018, Zlatan has positively influenced the sport of soccer in Los Angeles. We are grateful for his work ethic and passion. We thank Zlatan for his professionalism and immeasurable impact on the Los Angeles community and the soccer community in North America as a whole,” the team’s statement said.

The striker scored 52 goals and recorded 17 assists in 53 matches. However, the team only won one playoff game during his tenure.

It’s unclear where Ibrahimovic will go for the rest of 2019. According to ESPN, he’s been linked to teams in Italy and Australia.