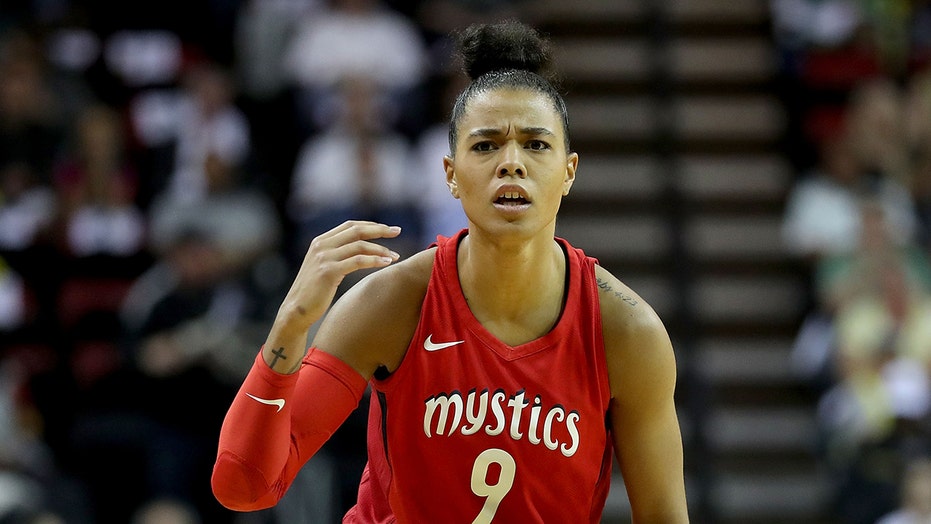 WNBA star Natasha Cloud led the Washington Mystics in a media blackout Friday, reportedly planned as a way to draw attention to gun violence that occurred at a Washington D.C. elementary school.

Cloud, a guard who is among the team’s leaders in points and assists per game, posted a video to her Instagram on Thursday after she visited Hendley Elementary in Ward 8 and learned a school event was canceled during the week because a bullet was fired through a window.

“Our kids can’t even feel safe to go to school right now,” Cloud said in the video, according to the Washington Wizards-centric blog Bullets Forever. “What are we doing? We’ve got to do better for our youth.”

Cloud urged D.C. Mayor Muriel Bowser and Trayon White Sr., who is a city council member, to respond to her request for a solution or to sit down to talk about a solution by Friday morning or she would use her “media privileges as a blackout,” according to The Washington Post.

Cloud followed through and did not discuss basketball before the team's loss to the Seattle Storm. She gave one statement to reporters after the game, the newspaper reported, and no other Mystics players took questions.

“It directly affected me yesterday,” Cloud said. Being in [the school], seeing the kids, hearing them talk about it like it’s just something that happens — this shouldn’t be something that happens. Our kids need to be in a safe environment when they’re going to learn…If they can’t go to school, we’re setting them up for failure at a young age. I will only discuss this topic until it is fixed.”

White, an alumnus of Hendley Elementary Ward 8, addressed Cloud’s comments in a statement to the Washington City Paper.

“I have been doing youth violence intervention and mentoring some of the highest risk youth in SE for 17 years," the statement said.  "We have to go visit [m]others when they lose their children and be at the crimes scenes when someone is on the ground fighting for their life. During these times I don’t see the people that tweet. When we have programs in the schools, like Ballou last week, I don’t see the people who just tweet. We are getting more teams and returning citizens to be in the community to address the neglect and social ills that influence violence. We had a big violence strategy meeting last night at the Arc and I didn’t see the people who just tweet. Years from now when they are on to the next hot topic in their lives Trayon White will still be here committed and serving. Don’t tweet join us!”

Cloud responded she doesn’t just tweet: “I act. So still haven’t heard a response from you.”

White replied: “I’m on my way to the hospital we just had a female shot on 6th Street. You can stay comfortable tweeting. God bless.”

Bowser also addressed the guard’s concerns in a statement, according to The Washington Post.

“Mayor Bowser went to the community on Thursday evening to meet with community leaders, their MPD Captain and outreach staff to discuss their concerns and talk about recent incidents. That dialogue will continue as we work to end the senseless violence that has been fueled by the ­unfortunate presence of too many illegal guns,” the statement read.

The shooting occurred at the school Wednesday while students and teachers were preparing to have a movie night with D.C. police, the event’s co-host. Officers were in the school at the time of the shooting, according to The Washington Post. No one was injured and no arrests have been made.