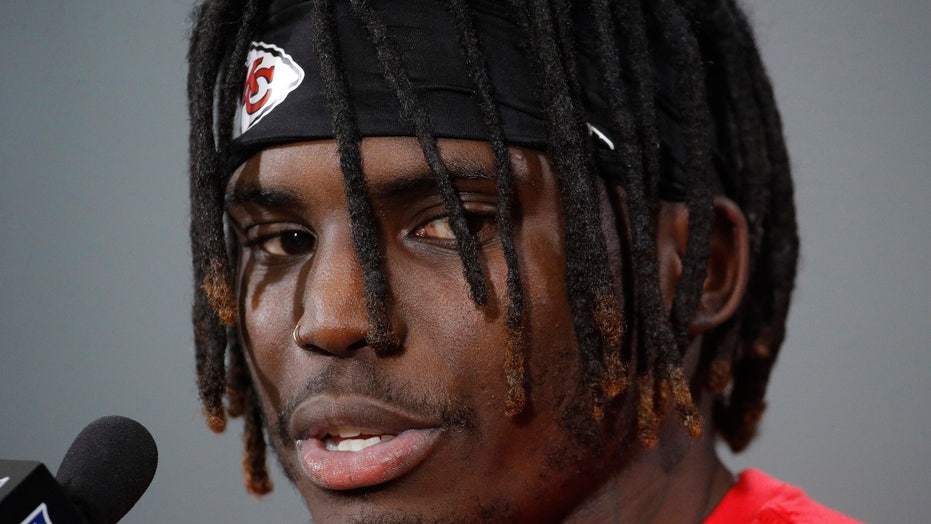 Hill came out of the tunnel, crawled on the ground and lifted his leg as if to simulate a peeing dog.

It wasn’t immediately clear whether the action was aimed at anyone in particular.

The action sent social media into a frenzy.

He would later score a rushing touchdown to put the Chiefs on the scoreboard against the Tennessee Titans. Hill helped the Chiefs to a win over the Houston Texans last week with three catches for 41 yards.

During the course of the season, Hill remained a dangerous target and opponent.

Hill played in 12 games and recorded 58 catches for 860 yards with seven touchdowns. He averaged 71.7 receiving yards per game.

Kansas City is one game away from punching its ticket to Miami.

The Chiefs came one game away from a title berth last season, losing to the New England Patriots in overtime in the AFC Championship.