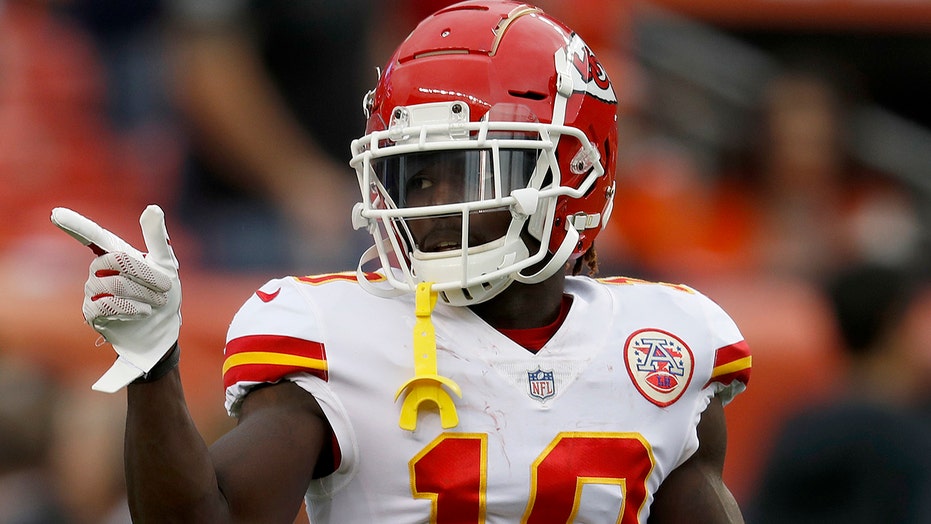 Sports have the ability to bring strangers closer together and the camaraderie among Kansas City Chiefs fans was on full display Friday.

Severe winter weather struck the Midwest in the days leading up to the AFC Championship game between the Chiefs and the Tennessee Titans and caused more than 100 flight cancellations out of St. Louis-Lambert International Airport on Friday night, according to FOX 2 St. Louis.

The cancellations meant that Tyreek Hill’s grandparents couldn’t get across Missouri to see the wide receiver play in the conference championship. However, one fan came to the rescue.

Dave Fearn, a longtime Chiefs fan, was on the same flight as Hill's grandparents. When they got stuck in St. Louis, Fearn decided to rent a large SUV to drive them and three other Chiefs fans to Kansas City, Dave's son Dakota told Fox News on Sunday.

Dakota Fearn told FOX 4 Kansas City that his father won the tickets to the game in a bet with his friends over the Chiefs-Houston Texans game just days prior.

“Due to flight cancellations on the way to #KC for the #AFCChampionship, ended up meeting Tyreek Hill’s (@cheetah) grandparents in St. Louis. Worried they were gonna miss the flight and the game tomorrow, he drove them to KC,” Dakota Fearn tweeted Saturday.

Hill thanked Dave Fearn on Twitter for his generosity.

Dakota Fearn told Fox News that his father has the "biggest heart" and would have helped anyone get to Kansas City.