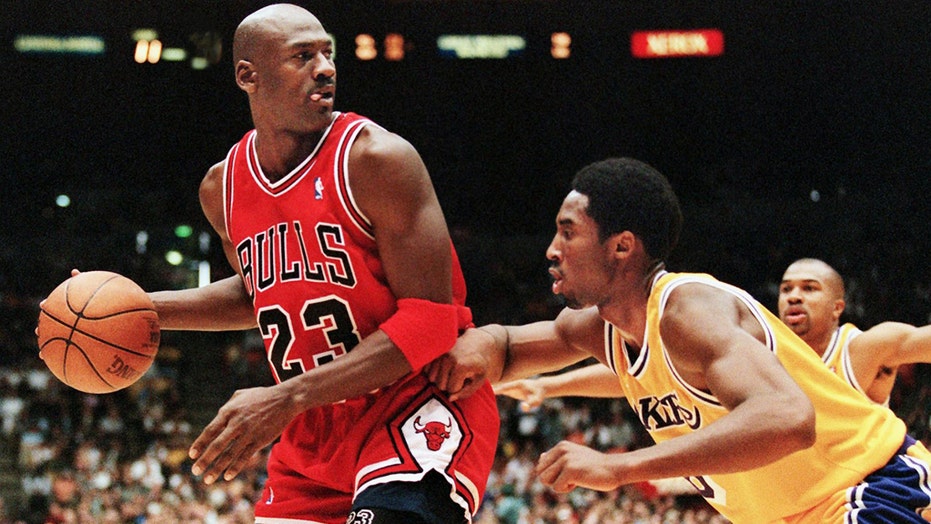 Kobe Bryant appeared in “The Last Dance” on Sunday night, in an interview that was recorded before he tragically died in a helicopter crash in California in January, along with his daughter and several others.

Bryant talked about playing against Michael Jordan and how the former Chicago Bulls great was able to guide him through his own career with the Los Angeles Lakers. Jason Hehir, the director of the ESPN film, told The Score on Sunday he was unaware of the bond between the two players.

KOBE BRYANT HATED TALKING ABOUT WHETHER HE'D BEAT MICHAEL JORDAN 1-ON-1: 'HE'S LIKE MY BIG BROTHER'

“I didn’t realize they had the relationship that they had until we interviewed Kobe in July a few weeks after the birth of his daughter [Capri]. And he told me that from the time he was a youngster in the league, he did seek out Michael’s advice,” Hehir said.

While Bryant said in the documentary he looked up to Jordan as a brother, Hehir said by interviewing both players he got a better understanding of how close the two were.

Michael Jordan of the Chicago Bulls (L) eyes the basket as he is guarded by Kobe Bryant of the Los Angeles Lakers during their 01 February game in Los Angeles, CA. (Vince Bucci/AFP via Getty Images)

“But then Michael took it a step further and gave him his number and said, ‘Anytime you need advice – on or off the floor – you can call me.’ … (Kobe) said, ‘Michael is like the big brother that I never had. Without Michael Jordan, you don’t get Kobe Bryant,’” Hehir said.

MICHAEL JORDAN ON YOUNG KOBE BRYANT BEFORE 1998 NBA ALL-STAR GAME: 'HE DON'T LET THE GAME COME TO HIM'

“[Kobe] said that he’s offended when people say, ‘You could beat [Jordan] one-on-one, or if you guys played one-on-one, you’d smoke him.’ And he always told people, ‘No, no, no. Fall back. This is not a guy that I’m going to talk that way about.’ … And then for Michael to make the speech at Kobe’s memorial service and from his perspective call him his little brother, it was just so poignant.”

Bryant touched on his relationship with Jordan in Part 5 of the documentary. He made clear that he didn’t like it when people tried to put him in a one-on-one situation against Jordan.

“He's like my big brother. I truly hate having discussions about who would win one-on-one, or fans saying, 'Hey, Kob', you'd beat Michael one-on-one.' I feel like, yo, what you get from me is from him. I don't get five championships here without him because he guided me so much and gave me so much great advice,” Bryant said.