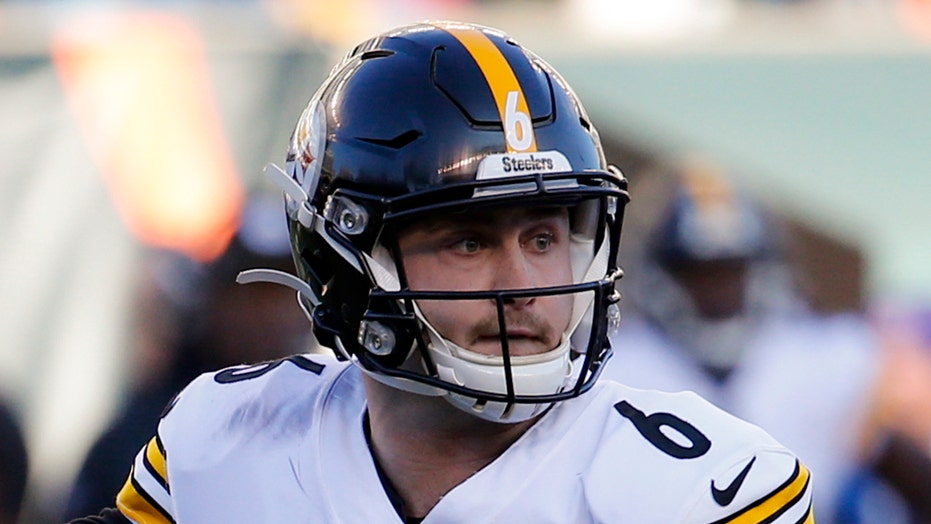 The Pittsburgh Steelers will start Devlin Hodges, who made waves earlier this season with his outspoken support of President Trump, at quarterback Sunday as they take on the Cleveland Browns, more than two weeks after a helmet-swinging melee that shook the NFL, coach Mike Tomlin said Tuesday.

It will be Hodges’ second career start. He started earlier this season for the injured Mason Rudolph in Week 6 against the Los Angeles Chargers on the road. Hodges and the Steelers picked up the win in that game behind the rookie’s 132 passing yards and one touchdown pass.

While Hodges may have been ecstatic about getting the start, he quickly became the target of social media trolls who resurfaced his past tweets – mostly about President Trump. The Samford product was caught deleting the tweets about Trump, but Twitter users saved the receipts.

Hodges was subsequently lambasted for his support of the president.

The first-year player the latest target over his support for Trump.

Earlier this year, rookie defensive end Nick Bosa was chided over his tweets about Trump and his opinions on Colin Kaepernick. The San Francisco 49ers ended up drafting him and team president Al Guido said the tweets had no impact on the team selecting him with the No. 2 pick of the draft.

Rudolph was also hit earlier this year for his apparent support for Trump.

Hodges is not an outspoken quarterback and its unclear whether the criticism online will end up rattling him. He is walking into a big game this weekend against a division rival. The Steelers are 6-5 this season and are in contention for an AFC playoff spot.