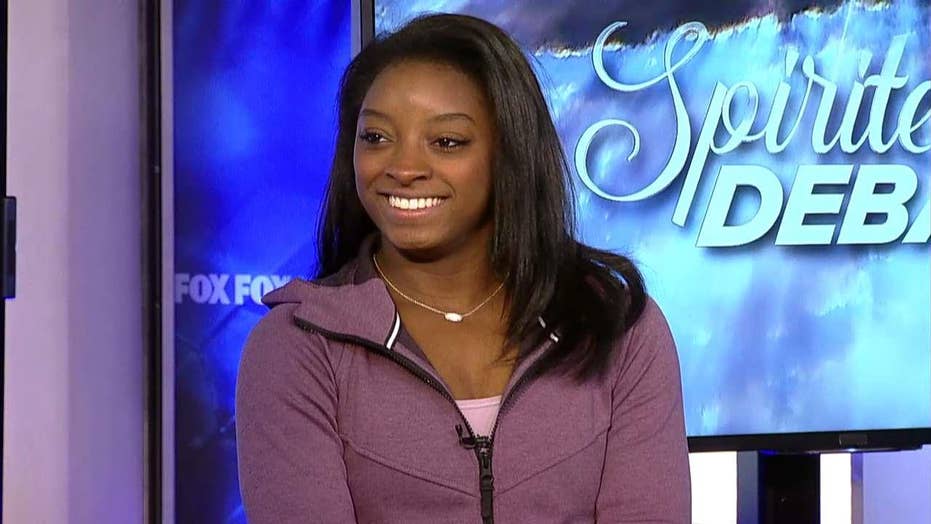 Biles, 22, spoke candidly to Priyanka Chopra Jonas for her new YouTube series, “If I Could Tell You Just One Thing,” when the “Quantico” star asked her: “When did you know when you were abused because you were so young?”

“There was a time I asked my friend and I called her and I asked for the definition of 'sexual abused' because some of my other friends had it worse than me and they’re like, ‘No, if he did this then you’ve been sexually abused,’” Biles replied.

LARRY NASSAR ASSAULTED IN PRISON, COULD BE MOVED TO ANOTHER FACILITY, REPORT SAYS

“I was very depressed,” she explained. “I never left my room. I was sleeping all the time.”

The star gymnast said she told her lawyer that she slept often because “it’s the closest thing to death.”

Biles said the first person she told of the abuse was her mother after a friend of hers came forward and said Nassar abused her.

“It wasn’t easy but I feel like I’m a stronger woman today and I feel like telling my story has helped younger girls,” Biles said.

The four-time Olympic gold medalist came forward in January 2018 saying she was sexually abused by Nassar. That same month, the disgraced doctor was sentenced to 40 to 175 years in prison on charges of sexual abuse. Other gymnasts who came forward to say they were victimized by Nassar include McKayla Maroney, Aly Raisman and Gabby Douglas.