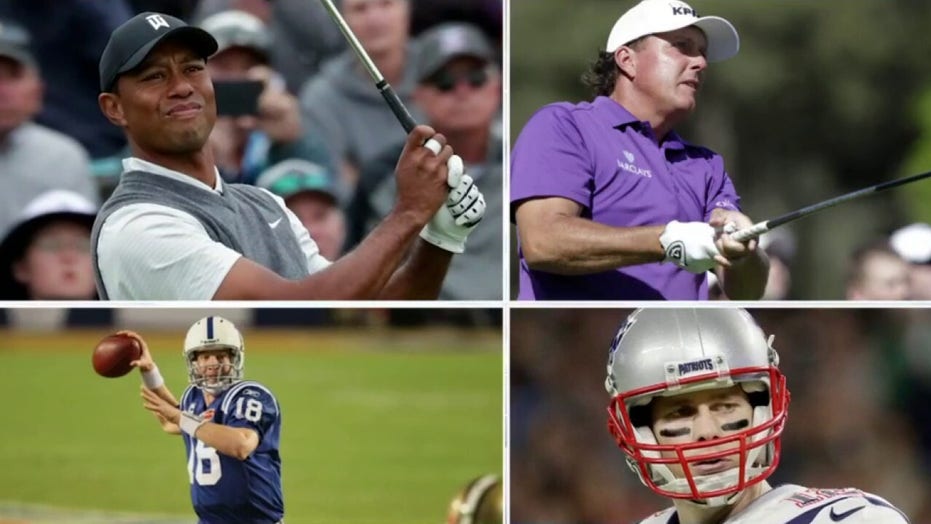 Sportscaster Jim Gray weighs in on the legendary stars facing off in a charity golf event.

The break from sports hasn’t killed the spirit of competition.

Phil Mickelson is looking to stick it to Tiger Woods in his own backyard as he and Tom Brady take on Woods and Peyton Manning in a charity golf match on Sunday at Medalist Golf Club in Hobe Sound, Fla.

“I can’t wait to go to Tiger’s place and take him down,” Mickelson told Golflweek on Tuesday. “Tiger thinks he has a huge advantage playing there because he was insistent that this event is played on his home course. Despite everyone else wanting to play it elsewhere. That’s fine. We’ll take it to him and Peyton.”

The four sports legends will raise at least $10 million for coronavirus relief but the matchup also presents a good opportunity to raise fans’ spirits with some friendly competition.

“There will be no excuses. It’s his home course but Tom and I are going to go down there and put it to them, and we’ll make it that every time Tiger shows up at his home course, he’ll have a bad memory,” Mickelson continued.

“The Match: Champions for Charity,” will tee off at 3 p.m. ET will be shown on TNT and TBS.