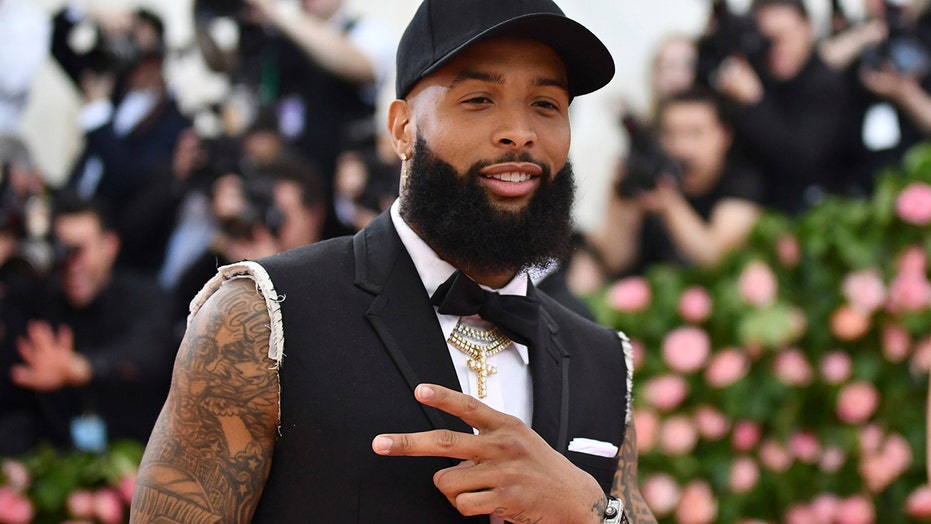 Odell Beckham Jr. unleashed his inner "Rick Vaughn" on the pink carpet of the Met Gala on Monday night.

Beckham was among the superstar athletes who attended the New York City event. He was seen wearing a tuxedo getup with ripped sleeves -- similar to how Vaughn, played by Charlie Sheen in the Major League movies, dressed --  and a diamond cross necklace. On his lower half, Beckham was sporting what appeared to be a kilt.

Odell Beckham Jr. attends The Metropolitan Museum of Art's Costume Institute benefit gala celebrating the opening of the "Camp: Notes on Fashion" exhibition on Monday, May 6, 2019, in New York. (Photo by Charles Sykes/Invision/AP)

The Cleveland Browns wide receiver’s interesting outfit choice sent social media into a frenzy with some comparing him to the Sheen character...and others making less flattering associations.

Beckham also made headlines with his plan for the Browns. He told GQ that he wants to turn the team into the new New England Patriots.

“I plan on being there for the next five years and trying to bring as many championships there as possible,” he told the magazine.