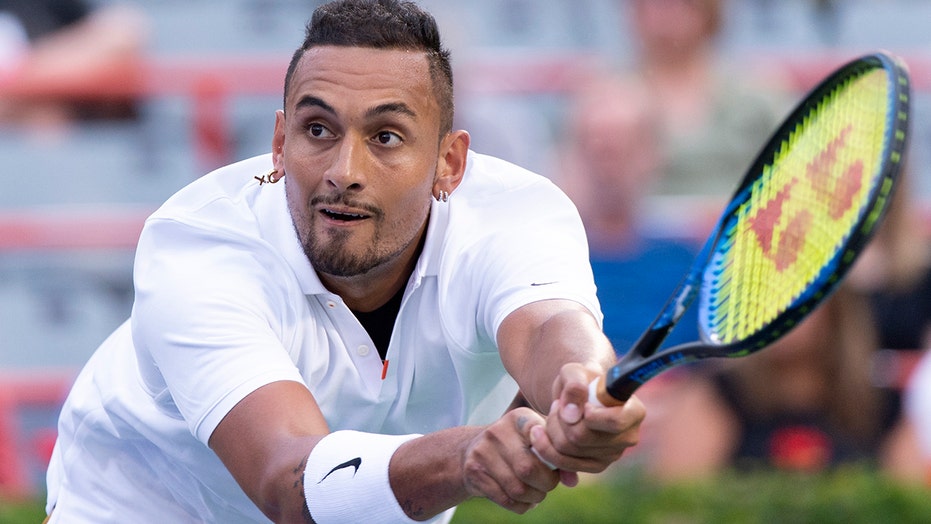 It doesn’t seem like there’s a tournament where Australian tennis star Nick Kyrgios doesn’t have some kind of meltdown.

On Wednesday, Kyrgios threw another tantrum during his loss to Karen Khachanov during the round of 32 at the Cincinnati Masters.

Kyrgios argued with chair umpire Fergus Murphy after the official refused to let the Australian take a bathroom break after the end of the second set of the match.

The 24-year-old ignored Murphy’s denial and went to the bathroom anyway. He was then seen breaking two rackets and was overheard calling Murphy a “f-----g tool” at the end of the match.

He also took exception with the pace of the match, telling reporters afterward he felt rushed to complete his serves.

“Absolute rubbish … disgrace,” Kyrgios said of Murphy. “Get me some footage of Rafa (Nadal) playing that quick, that game. If you can find any of that I’ll shut my mouth and never speak again. I guarantee you’ll find none of that, none of it.”

Kyrgios has a long history when it comes to outbursts during tennis matches.

At the Rogers Cup in Canada earlier this month, Kyrgios got angry because he didn’t receive a towel without the tournament’s branding on it.

Kyrgios also received an eight-week ban for allegedly not giving his best effort during a 2016 match at the Shanghai Masters. In the past, he has been on the receiving end of harsh criticism from tennis great John McEnroe, who said in 2016 he should retire.