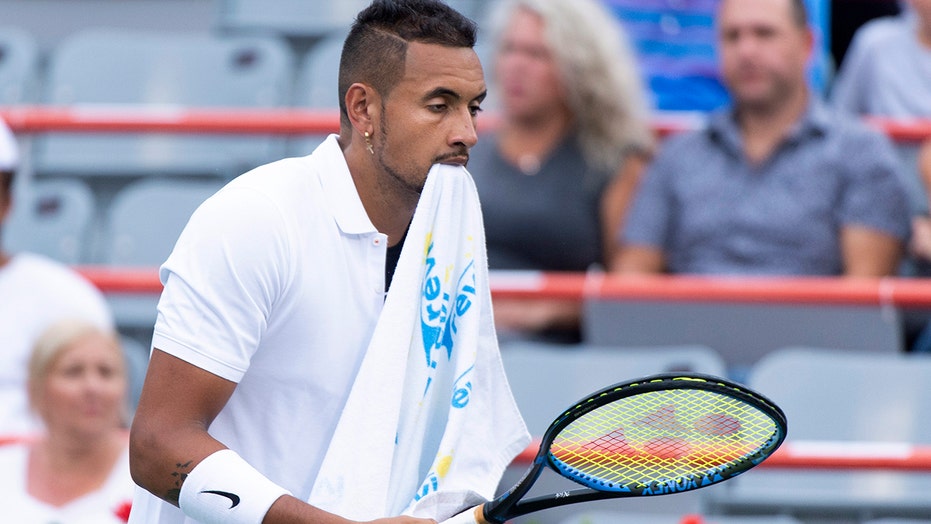 Nick Kyrgios was riding a wave of momentum heading into the Rogers Cup in Canada after having just won the Citi Open in Washington over the weekend.

Any momentum Kyrgios may have had going into the Rogers Cup was stopped in its tracks Wednesday after the Australian tennis star melted down over a towel.

Kyrgios received a code violation during his loss to Kyle Edmund for cursing at the umpire when he realized a request he made prior to the start of the match went unfulfilled.

According to Reuters, Kyrgios asked the umpire if he could have a white towel instead of the towel that features the tournament’s logo on it. The 24-year-old was five games into the match when he realized that he did not get the towel he had asked for.

“You’re telling me that you can’t radio in just for one white towel?” Kyrgios asked after the umpire told him he wasn’t allowed to leave the chair.

Kyrgios was then handed a white towel, but it didn’t help cool him off.

Kyrgios is infamous for his on-court tirades.

He also received an eight-week ban for allegedly not giving his best effort during a 2016 match at the Shanghai Masters. He has been on the receiving end of harsh criticism from tennis great John McEnroe, who said in 2016 he should retire.