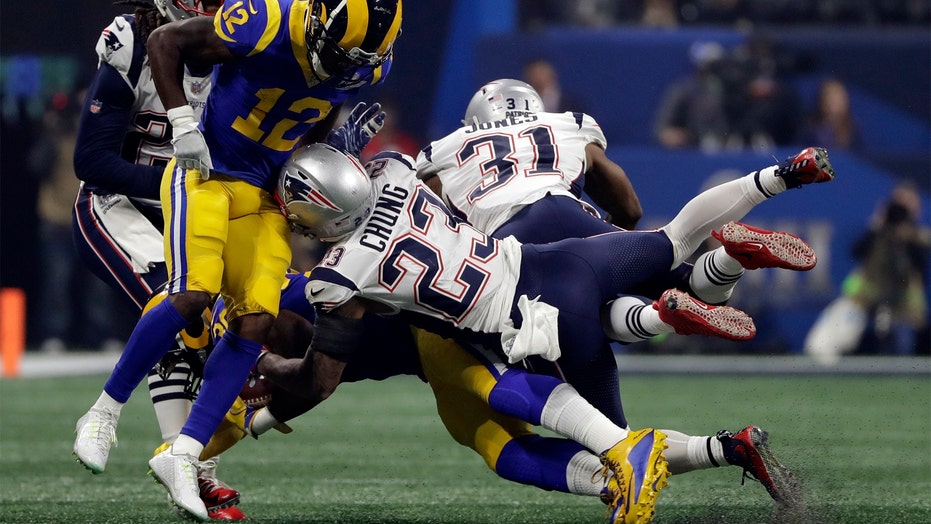 New England Patriots safety Patrick Chung has been indicted on a felony charge of cocaine possession in New Hampshire, according to the Belknap County Attorney’s Office.

In a statement released Thursday, Belknap County Attorney Andrew Livernois said the charge stems from a June 25 incident in which the Meredith Police Department was called to Chung's home on a "call for service." According to the New York Post, the cops were responding to a break-in alarm at the home.

“During the course of that call, the police obtained the evidence which has led to the current charges being filed,” the statement continued.

Chung, 32, was indicted by a grand jury on Aug. 8. He's expected to be arraigned next week.

“We are aware of the reports regarding Patrick Chung," the Patriots said in a statement. "We will not be commenting while his judicial proceedings take place.” Chung was not in uniform for the Patriots' preseason game against the Carolina Panthers Thursday night.

Cocaine possession in New Hampshire is a Class B felony carrying a possible prison sentence of between three-and-a-half to seven years. A Class B felony charge also could result in up to five years of probation and fines of $4,000.

Chung is in the first season of a three-year, $11.7 million contract with the Patriots. The deal includes a $4 million signing bonus and $5.1 million in guaranteed money.

The Jamaica-born Chung was a second-round draft pick of the Patriots in 2009 and played for New England for his first four seasons in the NFL. He signed with the Philadelphia Eagles as a free agent prior to the 2013 season, only to be released in the spring of 2014.

Chung returned to the Patriots weeks after he was cut by Philadelphia, and he has played for the team ever since, winning three Super Bowl championships in the process.