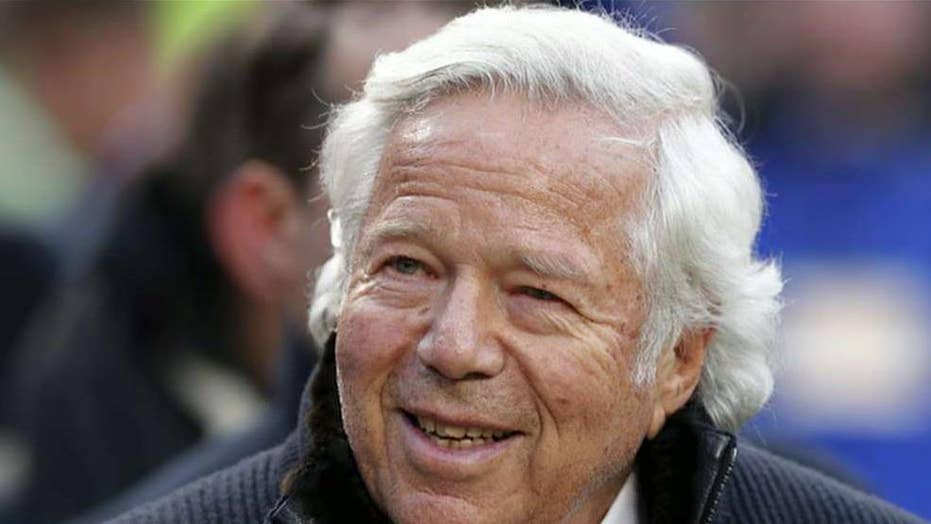 The National Football league releases a statement after New England Patriots owner Robert Kraft is charged with soliciting sex at a Florida spa.

New England Patriots owner Robert Kraft, who was charged Friday with two counts of soliciting a prostitute, could be in the crosshairs of the NFL if the league determines he violated its rules.

The NFL’s personal conduct policy states that owners cannot conduct themselves in a manner detrimental to the league. Because of that, NFL commissioner Roger Goodell could end up levying a hefty fine or suspension on Kraft.

“It is a privilege to be part of the National Football League,” the NFL’s personal conduct policy states. “Everyone who is part of the league must refrain from ‘conduct detrimental to the integrity of and public confidence in’ the NFL. This includes owners, coaches, players, other team employees, game officials, and employees of the league office, NFL Films, NFL Network, or any other NFL business.”

Goodell has a history of determining what constitutes “conduct detrimental” to the league. He fined Kraft and the Patriots $250,000 in 2007 for filming other teams’ signals and $1 million after the 2015 “Deflategate” controversy.

“We categorically deny that Mr. Kraft engaged in any illegal activity,” a spokesperson for Kraft said in a statement after the soliciting charges were announced. “Because it is a judicial matter, we will not be commenting further.”

The NFL later added it was “aware of the ongoing law enforcement matter and will continue to monitor developments.”

The last NFL owner who Goodell suspended was Indianapolis Colts’ Jim Irsay. He was suspended six games and received a $500,000 fine in 2014 after he pleaded guilty to a misdemeanor count of driving while intoxicated. He was initially charged with operating a vehicle while intoxicated, along with four felony counts of possession of a controlled substance.

Goodell fined former Carolina Panthers owner Jerry Richardson in 2018 following a six-month investigation by the league when allegations surfaced of sexual and racial misconduct in the workplace. He eventually sold the team to David Tepper.