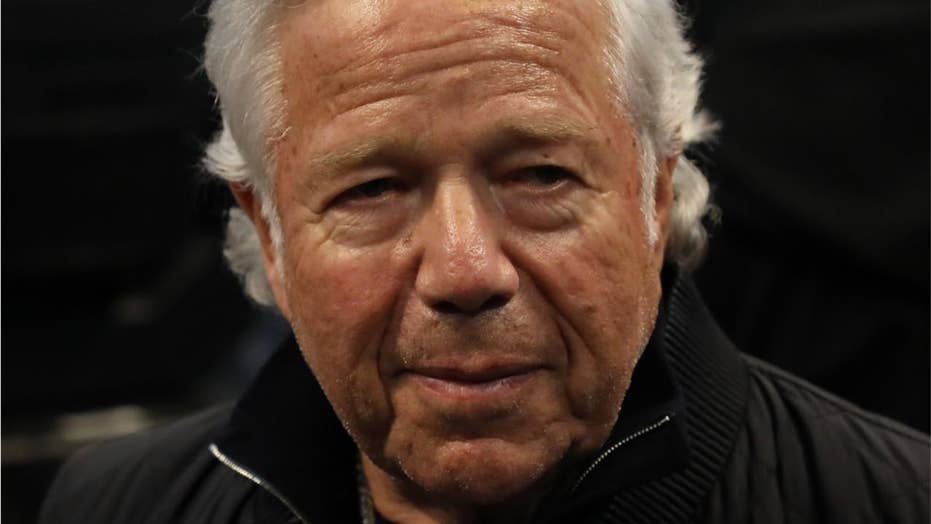 Kraft, 77, was among more than a dozen people charged for allegedly paying for sexual acts at Orchids of Asia Day Spa in Jupiter, according to police. He was charged Friday with two counts of soliciting prostitution, though police told reporters he hasn't been arrested.  A warrant will be issued and his attorneys will be notified.

Police say they have videotape of Kraft — as well as others — paying for a sex act inside an illicit massage parlor on at least two separate occasions.

"We categorically deny that Mr. Kraft engaged in any illegal activity," a Patriots spokesperson said in a statement. "Because it is a judicial matter, we will not be commenting further."

The league also confirmed that it is "aware of the ongoing law enforcement matter and will continue to monitor developments."

Some players also issued statements of their own. To some, the news came as a shock while others simply mocked the news.

Geoff Schwartz, who previously played for the Carolina Panthers, also responded to a breaking news tweet about Kraft.

Running back Anthony Dixon threw shade at Kraft for not addressing the allegations himself.

"Why they got folks speaking for him,as a player when it’s time for us to face the media we get called all types of names if we don’t speak for ourselves, How long he gone be able to hide behind others?" he asked.

"And we thought 2018 was crazy..." Darius Butler, a free safety who is now a free agent, tweeted.

Tyvon Branch, who is currently a free agent, responded to Butler: "Just when you think you've seen it all lol."

Branch later clarified his tweet, urging his followers to not "jump to conclusions" and to "wait for the facts" in the case.