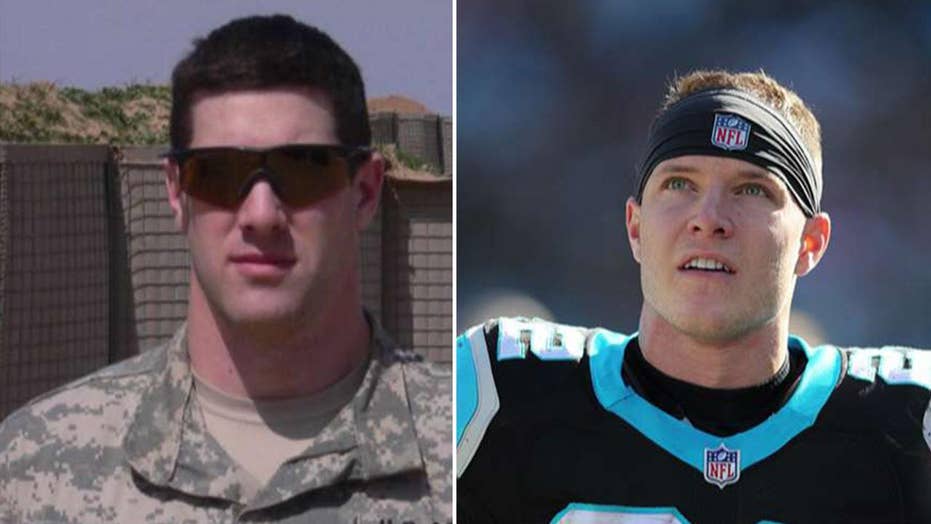 Former Army Sgt. Alex Somerson and his wife Shawna, who is also an Army veteran, will attend Super Bowl LIII, which is set to take place Feb. 3 in Atlanta. The Panthers running back made the announcement on Twitter.

Somerson, who lives in Mooresville, North Carolina, served in the Army from 2004 to 2009. He was a member of the 1/327 Infantry, 101st Airborne Division and was deployed twice to Iraq, according to WCNC-TV. He also earned the Combat Infantry Badge.

Upon his return home, Somerson was diagnosed with post-traumatic stress disorder and started his involvement with the Wounded Warrior Project in 2011, according to WCNC-TV.

“Teaming up with USAA and the Wounded Warrior Project to award a trip to the Super Bowl to a military veteran is a special honor,” McCaffrey said in a Panthers news release. “I am very much looking forward to meeting Sergeant Alex Somerson and his wife in Atlanta at the Super Bowl and personally thank both of them for their service to our country.”

McCaffrey is set to meet with Somerson in the USAA’s Salute to Service Lounge the day before the big game.