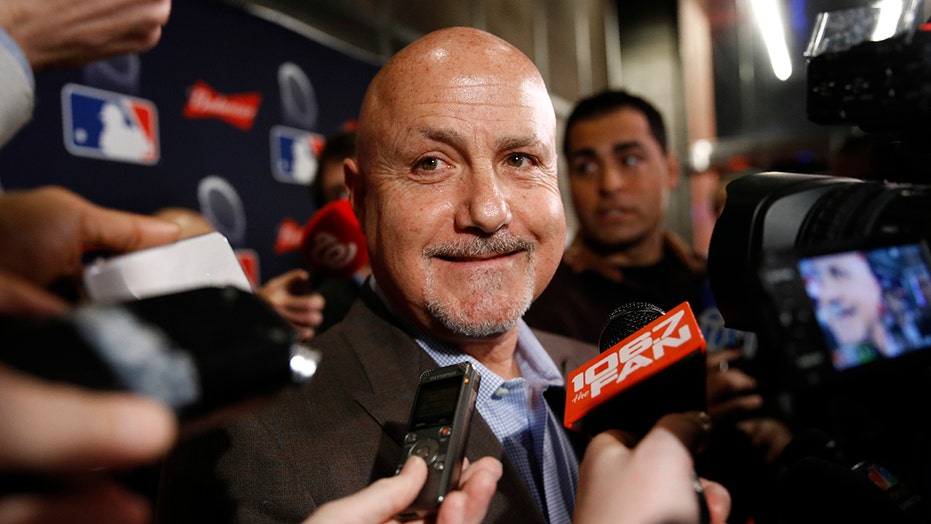 Washington Nationals general manager Mike Rizzo is back to work after celebrating the team’s World Series victory and getting married in Jamaica shortly thereafter.

Rizzo built the team that beat the Houston Astros in seven games to capture the franchise’s first World Series. He was asked on Monday how he’d been celebrating after the victory.

“I’ve been drunk for a month,” Rizzo quipped.

Rizzo, who has been with the Nationals since 2006 and has been the team’s general manager and president of baseball operations since 2013, was named Baseball America’s executive of the year as well.

“Mike was our first hire when the Lerner family was awarded ownership of the Nationals in 2006,” Nationals’ principal owner Mark D. Lerner said in a statement. “We knew then what the rest of the baseball community knows now — that he has an unparalleled commitment to winning and is one of the savviest baseball minds in the game.”

Washington Nationals general manager Mike Rizzo speaks with members of the media as he arrives for the premiere of a documentary film on the team's first World Series baseball championship, Monday, Dec. 2, 2019, in Washington. (AP Photo/Patrick Semansky)

Rizzo and the Nationals now have to focus on the 2020 season. The team has important decisions to make regarding Anthony Rendon and Stephen Strasburg. Both players are going to command hundreds of millions of dollars on the free-agent market.