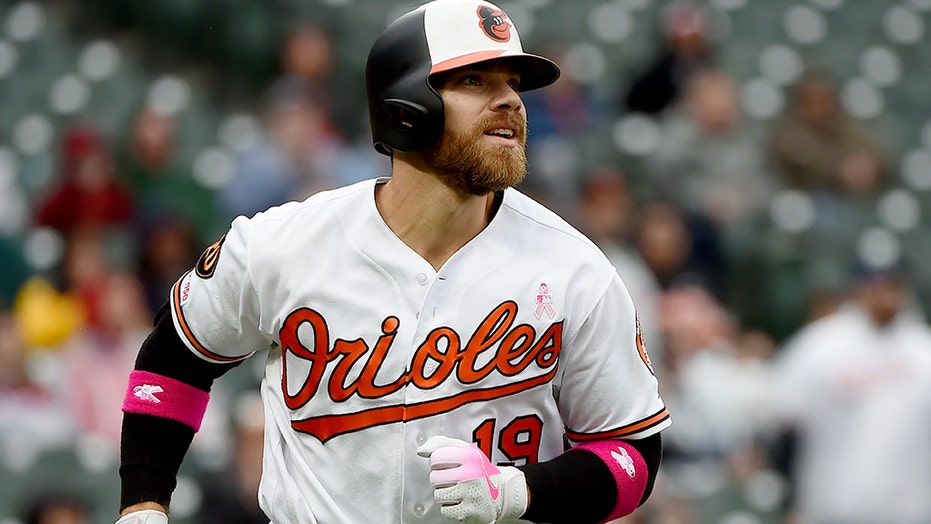 Baltimore Orioles first baseman Chris Davis, who set a record for the longest hitless streak in MLB history in April, met with a very special youngster in Boston on Saturday: the 9-year-old boy whose heartfelt letter gave him the inspiration to end the dreaded streak.

Henry Frasca, a Red Sox fan, wrote a letter to Davis in April telling the ballplayer "you are incredible" and "we're rooting for you," even though both teams are normally considered rivals.

Chris Davis of the Baltimore Orioles rounds the bases after hitting a home run at Camden Yards on May 12, 2019 in Baltimore, Maryland. He met with Henry Frasca on Saturday, a 9-year-old boy who helped break his record hitless streak. (Photo by Will Newton/Getty Images)

The idea for the letter stemmed from Henry, a die-hard baseball fan, who decided to bring it before attending a game between the Orioles and Red Sox with his father, Gabriel.

"He's reading MLB.com before I'm out of bed every morning," Gabriel Frasca said. "The only thing he doesn't have a device time limit for is [the MLB At Bat app]. That'd be like taking away oxygen."

His dad says they had to ask security five times to get into batting practice, where they eventually met with Orioles field coordinator Tim Cossins, who passed the letter to Davis.

"Dear Mr. Davis, from Henry Frasca, a 9-year-old kid and diehard Red Sox fan," said Henry's letter. "There are two things I want you to know. First, the way you play baseball has nothing to do with how good a person you are. Also, you are incredible. You've played in the MLB. You've done it for a long time and everyone goes through a slump. Don't give up. We're rooting for you."

The letter hasn't left the side of Davis, who has carried it with him, folded up in a small Bible ever since.

On Saturday, as the Orioles traveled to Boston, Davis sent Henry an invitation for the two to meet up before Saturday's game between the Red Sox and Orioles, where the young fan received an all-star treatment.

The duo met in the clubhouse, played catch, shagged fly balls, tossed souvenirs over the Green Monster, the famous wall at Fenway Park, and Henry, draped in an oversized Orioles T-shirt, even got a chance to talk during the Orioles pregame show.

When I started reading it, I got a little choked up," Davis said of the letter while sitting next to Henry on Saturday. "I just thought, you know what? Today's the day."

It was an experience Henry called "the best day of my life."