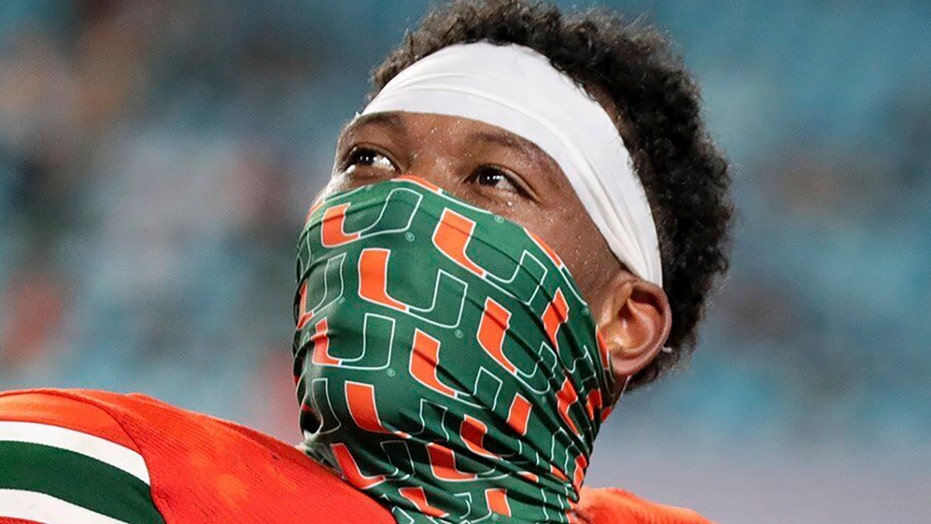 Hurricanes quarterback D’Eriq King found Jordan for a 13-yard gain to bring the Hurricanes to the 3-yard line. Jordan made a decent move and hurdled his defender with ease to help set up Miami in good position to score.

The play sent Twitter into a frenzy, but he was just short of getting Miami a huge touchdown.

On the next play, Hurricanes running back Jaylan Knighton would score from the 3-yard line to put Miami up 14-3 in the game.

The Hurricanes would be up 20-6 eventually with less than 6 minutes left in the half.

Miami and Louisville both came into the game with one win each.

The Hurricanes defeated UAB, 31-14, in their first game. Jordan led all receivers with three catches for 51 yards and a touchdown in the victory.

The Cardinals defeated Western Kentucky 35-21 in their first game of the season.

The winner will get a leg up on the competition in the ACC. Both teams are playing a mostly ACC schedule because of the coronavirus outbreak, which has hampered decision-making across the NCAA.