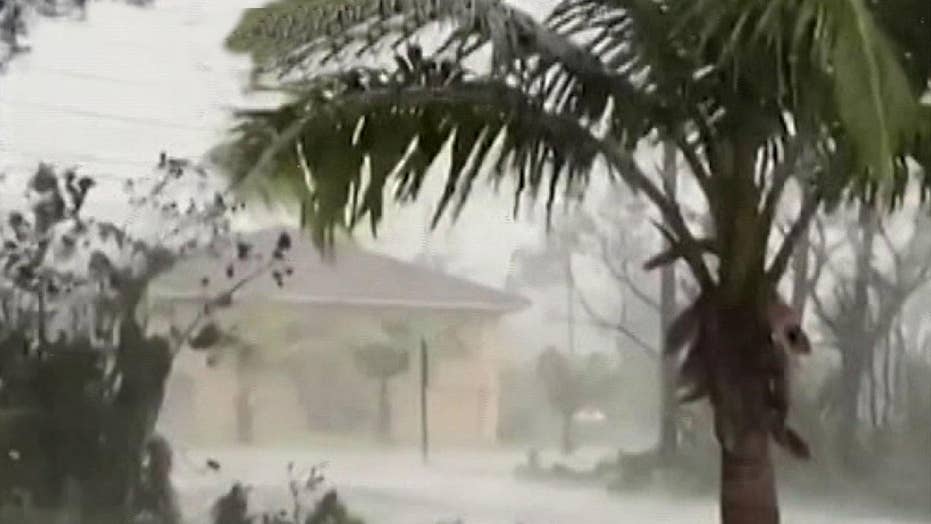 What began as a group text in the aftermath of Hurricane Dorian led to a simple question from Justin Leonard: What can we do?

Leonard and his wife, Amanda, have property at Baker's Bay just east of Great Abaco in the Bahamas, and she was on a text chain with a woman who lives in Ponte Vedra Beach, Florida, and had a home near Baker's Bay. The woman, Beth Warren, was hosting families and sharing tales of the devastation and the needs.

The answer was a collaboration with player and analyst Brad Faxon and Seth Waugh, the retired Deutsche Bank Americas CEO and now president of the PGA of America. That resulted in the "Bahamas Strong Pro-Am" to be held Oct. 8 at Old Marsh Golf Club in Palm Beach Gardens, Florida.

Registration is closed because the pro-am of 22 groups already sold out. Donations are still being sought through the website and all proceeds go directly to relief efforts.

The field has some star power — Jack Nicklaus, Greg Norman, Ernie Els and Justin Thomas are among 19 players already enlisted.

Leonard said his only experience with such events was a charity spin class that raised $100,000 annually for a camp for children coping with cancer. He at least knew the right people to call. It started with PGA Tour Commissioner Jay Monahan, mainly to get contact information for Waugh. And then he got Faxon involved to help find a golf course and players.

"Fax opened up his Rolodex, which is way more extensive than mine, and we started sending texts and emails," Leonard said.

They had to move quickly, especially with the PGA Tour and LPGA Tour heading for Asia. The only logical date was Oct. 8, which gave them a month to get to work. Thomas, who vacations at Baker's Bay, was among the first to sign up. Nicklaus, Norman and Els added Hall of Fame cachet.

"There's so much they need before they can even think about rebuilding," Warren told Golf Digest. "There is a lot of need and a lot of confusion down there."

END OF THE ROAD

The LPGA Tour is in Texas this week, and it could be the end of the season some two months before the season actually ends.

The Volunteers of America Classic north of Dallas is the final full-field event of the year before the LPGA Tour heads to Asia for four weeks and then concludes at the CME Group Tour Championship in Naples, Florida, the week before Thanksgiving.

At stake for some, like Cristie Kerr, is a chance to reach the Tour Championship. For others, like Paula Creamer and Gerina Piller, it's a matter of making sure they have full LPGA Tour cards for next year. Creamer is No. 89 while Piller is No. 91. Both were on the U.S. Solheim Cup team two years ago.

The top 100 on the Race to the CME Globe keep their full cards, but this could be the last week to earn points. The four Asian events — China, South Korea, Taiwan and Japan — have sponsor exemptions, but any LPGA Tour member who gets into the tournament through an exemption is not eligible to earn Race to CME Globe points.

The field for three Asia events is for the top 62 on the LPGA points list, with only 43 spots in Japan. Not everyone plays. Lexi Thompson, for example, plans to play only the Toto Japan Classic, so the availability dips down beyond No. 62.

Jennifer Kupcho, who deferred her membership until June so she could finish at Wake Forest, is at No. 59.

All but four players — Haru Nomura, Mel Reid, Mariajo Uribe and Alison Lee — from No. 61 through No. 100 is in the field in the Volunteers of America Classic.

Jack Nicklaus isn't done tinkering with his Muirfield Village, though he calls the next improvements "my last bite at the apple."

The home of the Memorial announced a two-phase project that Nicklaus will oversee for the next two years. When all the work is finished, the par-5 fifth hole will play as par 4 for the Memorial, making par 71 for the first time.

The work is expected to be ready for the PGA Tour event the first week in June, with Patrick Cantlay the defending champion.

Then, the course will close a month after the Memorial to rebuild all 18 greens, including new sub-surface heating and cooling. Bunkers will be rebuilt, tees levels and the irrigation system updated. Nicklaus said fairways will be grassed, but the widths will remain generous.

Nicklaus said the par-5 fifth hole will be redesigned after next year's tournament to create a larger landing area off the tee. He is hopeful it will allow more players to hit driver off the tee and then have a mid-iron over the water onto the green.

"I've done little tweaks on the golf course throughout the years, and some significant changes, like the par-3 16th," Nicklaus said. "This time, we are going through the golf course, A to Z, and making sure we do everything at one time."

Nicklaus said he will add more forward tees for the members at Muirfield Village.

"But my belief is that tournament golf should be a test to find out who is the best golfer that week," he said. "Far too many tournaments have eliminated the rough and firmness of greens, and that is just not my idea of what the game of golf should be."

Le Ann Finger is the 10th women to earn PGA Master Professional status, the highest level from the PGA of America. Finger, the PGA-LPGA senior director of tournaments and championships for the Arizona Golf Association, is the 375th person out of some 29,000 PGA members to earn Master Professional status. ... Hyo Joo Kim tied for eighth at the Indy Women in Tech Championship and made enough money to join Ariya Jutanugarn as the only players to go over $1 million on the LPGA Tour this year without having won a tournament. ... Rory McIlroy is a combined 53-under par in his four regular European Tour events. He has finished a combined 25 shots out of the lead, including a playoff loss in Switzerland.

STAT OF THE WEEK

Ariya Jutanugarn missed the cut in the Indy Women in Tech Championship, ending her streak of 56 consecutive cuts made dating to the 2017 Evian Championship.

"I really feel like this will be — no matter what, even if I never win another tournament again or I win however many — this will definitely be the greatest moment of my golfing career." — Cameron Champ after winning the Safeway Open a week after learning his grandfather was in hospice for cancer.