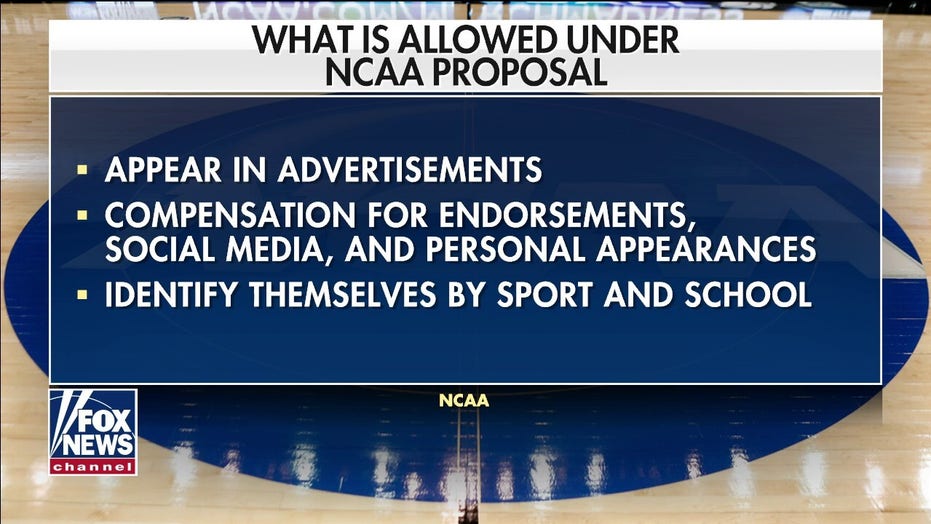 NCAA prepares to allow student athletes to be paid

The University of Kentucky, which has won 24 national cheerleading titles in the last 35 years, fired all of its coaches on Monday following an investigation into allegations of hazing and nudity.

Head coach Jomo Thompson and assistants Ben Head, Spencer Clan and Kelsey LaCroix were let go after a three-month probe into the program revealed they failed to oversee off-campus events that included hazing, alcohol use and public nudity.

“A commitment we make and renew every day at the University of Kentucky is that the success of our students is at the center of everything that we do. But for that sentiment to be more than words, we must always act in ways that honor that commitment — especially when we discover rare instances where those who supervise and guide our students don’t meet the standards of integrity we expect of each other. This is one of those times,” university President Eli Capilouto said in a statement.

“The University of Kentucky has built the nation’s premier collegiate cheerleading program. But regrettably, the integrity of the program has been compromised by inappropriate behavior by some squad members on off-campus trips and by lax oversight by the program’s coaches and adviser.”

The investigation also found “lax oversight and poor judgment” by longtime primary adviser T. Lynn Williamson, Kentucky’s principal deputy general counsel. He retired days after learning of the investigation and was ordered to have no contact with the squad.

BUDGET CRUNCH COULD IMPACT HOW COLLEGE TEAMS OPT TO TRAVEL

The investigation discovered that the activities occurred in the summer of 2019 during a retreat at a Kentucky lake and cheerleading camp in Tennessee. Some cheerleaders reportedly performed gymnastics routines that included hurling teammates into the lake “while either topless or bottomless within view of some of the coaches.”

Alcohol use was also prevalent during the retreat and coaches failed to confiscate the items, according to the report. Some members needed medical treatment for intoxication. Some cheerleaders were also urged to perform lewd chants and wear outfits without underwear. No sexual assault or sexual misconduct occurred during the trips, the investigation found.

“The adviser and the coaches failed to stop a culture of hazing, alcohol use, and public nudity at off-campus activities where they were present,” Eli N. Monday, the school’s executive vice president for finance and administration, said in a statement. “Our students deserve more responsible leadership and the University of Kentucky demands it.”

The probe included interviews with more than 60 squad members.

The athletic department will now take control of the cheerleading program and be led by associate director Sandy Bell. The search for a new coach will be led by Bell.

The original photo attached to the story mistakenly showed the University of Kentucky Dance Team, which was not implicated in the issue. We apologize to the members in the photo and regret the error.