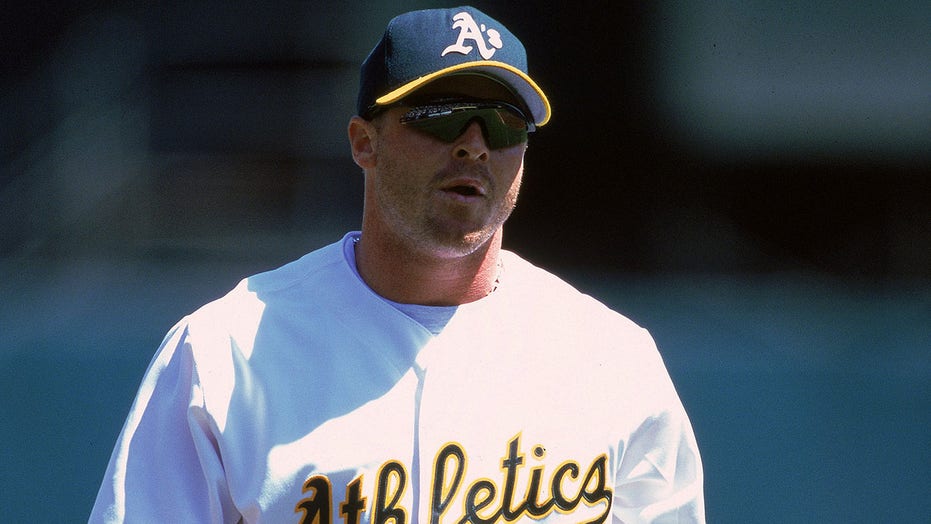 Jeremy Giambi, the brother of former MLB star Jason Giambi and outfielder for the Oakland Athletics and other teams, died Wednesday, the team announced. He was 47.

Giambi’s agent Joel Wolfe told The Athletic that the former baseball player died at his parents home in California. No other details about his death were released.

Jeremy Giambi #7 of the Oakland Athletics walks on the field during a game against the Chicago White Sox at the Network Associates Coliseum in Oakland, California. The Athletics defeated the White Sox 14-2. (Jed Jacobsohn  /Allsport)

"We are heartbroken to learn of the passing of a member of our Green and Gold family, Jeremy Giambi. We offer our condolences to Jeanne, Jason, and his family and friends," the Athletics said.

GERALD WILLIAMS, EX-YANKEES OUTFIELDER, DEAD AT 55 AFTER BATTLE WITH CANCER

Brothers Jason Giambi (#16) and Jeremy Giambi of the Oakland A's pose together before a game at Network Associates Coliseum in Oakland, California. (Michael Zagaris/MLB Photos via Getty Images)

Giambi played six seasons in the majors with the Athletics, Kansas City Royals, Philadelphia Phillies and Boston Red Sox. Part of his time with Oakland was spent with his brother, Jason, who was a star first baseman but later joined the New York Yankees.

He was only dealt with one blemish on his playing career. He admitted to using anabolic steroids in 2005, according to the Kansas City Star, and was named in the Mitchell Report in 2007, which detailed the use and prevalence of steroids in MLB.

Jeremy Giambi #7 of the Oakland Athletics gives a high five during a game against the Chicago White Sox at the Network Associates Coliseum in Oakland, California. The Athletics defeated the White Sox 14-2. (Jed Jacobsohn  /Allsport)