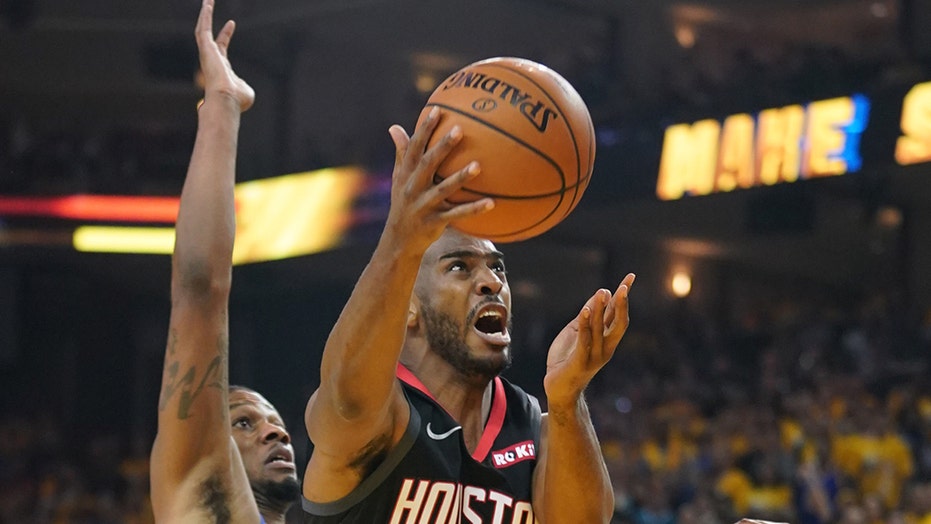 Houston Rockets general manager Daryl Morey shot down rumors that the relationship between two of his star players was “unsalvageable” and that one of them was looking for a way out.

The relationship between Chris Paul and James Harden was reported to be “unsalvageable” and Paul went to management asking for a trade while Harden told team officials it was “him or me,” Yahoo Sports reported Tuesday. The report immediately sparked trade rumors ahead of Thursday’s NBA Draft.

However, Morey was among those who denied the claims that Paul had asked to be traded. He told the Houston Chronicle the report was “ridiculous.”

“I’ve talked to Chris since [they were eliminated by the Warriors], for sure. Myself, Mike D’Antoni, James Harden are all super competitive, all frustrated we were eliminated from the playoffs, all want to get over the hump. That leads to a lot of competitive fire. All of it is normal. We’re all in the same boat, pursuing the championship. We’re all frustrated we’re not there. But there is nothing past that,” Morey said.

“I’m very frustrated right now," he added. "We’re literally trying to do real work on making the team better and every day I have to learn about a new media rock that has been turned over and they crawl out and tweet something and I’m supposed to react.”

The Rockets official wasn’t the only one confused over the rumor.

“I know nothing about any of that,” Rivers said.

The Rockets came up short in their quest for an NBA title, losing to the Warriors in the conference semifinals. Morey told ESPN the team was looking to add a star during the offseason.