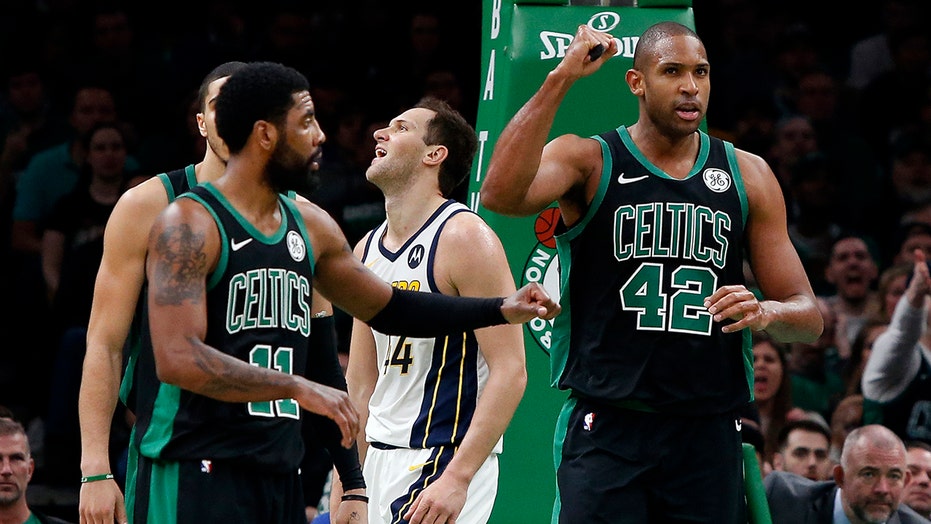 Boston Celtics forward Al Horford will reportedly decline his $30.1 million player option to become an unrestricted free agent when the period opens up at the end of the month.

Though Horford will be on the market, he and the Celtics have a mutual interest in working on a new deal in July, ESPN reported Tuesday. Agreeing to a new deal would potentially free up extra salary cap space for the Celtics to go after a big-name free agent.

Horford commented on his future with the Celtics after the team bowed out of the Eastern Conference playoffs at the hands of the Milwaukee Bucks last month, according to Mass Live.

Boston Celtics' Al Horford (42) pumps his fist after being fouled while making a basket by Indiana Pacers' Bojan Bogdanovic, rear, during the second quarter in Game 1 of a first-round NBA basketball playoff series, Sunday, April 14, 2019, in Boston. (AP Photo/Winslow Townson)

“It's something that I haven't even stopped to think about,” he said. “I've enjoyed being here in Boston. Just have to wait and see what we're going to do as a team. And it's steps that the management is going to do moving forward, and continue to get better.”

Horford signed a four-year, $113 million contract with the Celtics in the summer of 2016 – a marquee move that was among the biggest signings of the offseason that year.

Since then, Horford has made one All-Star appearance. He has averaged13.5 points, 7 rebounds and 4.6 assists per game in his three seasons with Boston.

It’s unclear whether a team could swoop in and sway Horford away from the Celtics.