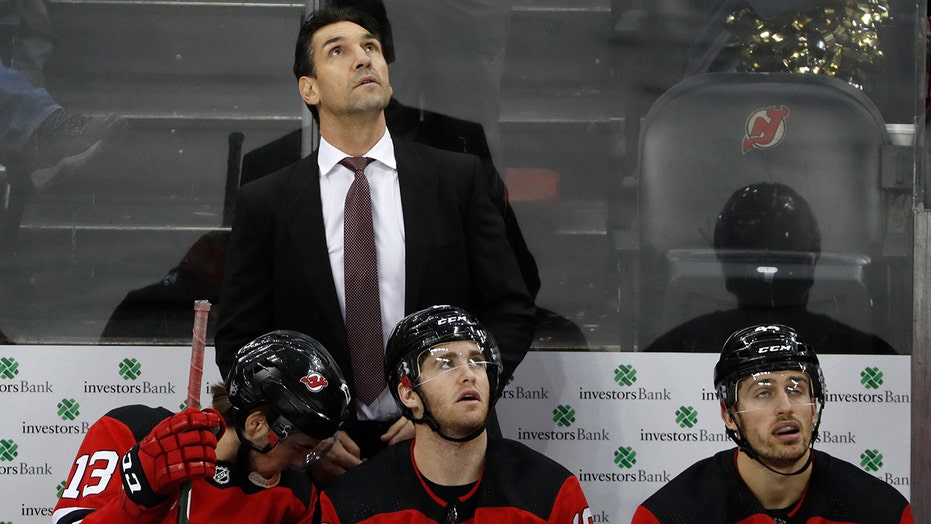 The New Jersey Devils fired coach John Hynes on Tuesday after a lackluster start to the 2019-20 season.

The Hynes-led Devils were 9-13-4 to begin the season and were sitting among the worst teams in the Eastern Conference. Only the Detroit Red Wings have a worse record.

Devils general manager Ray Shero announced the move about 20 minutes before Hynes was supposed to speak to the media about their game against the Vegas Golden Knights. He said he made the decision to fire Hynes after the Devils’ 7-1 loss to the Buffalo Sabres.

“I don’t think there is any one player performing even at the level, let alone above, that we would expect or they would expect,” Shero said. “That’s the thing that is disappointing. Obviously, change brings opportunity not only for Alain Nasreddine but also for our players. It’s [an] opportunity for them and to find out where we are and where we are going to go.”

Nasreddine was named the interim coach. Peter Horachek, the team’s pro scout, was named an assistant on the coaching staff. Shero held out hope that the season could turn around.

Nasreddine said the firing was a bittersweet moment for him because Hynes was his mentor over the last 10 years.

Hynes was 154-159-45 in 354 regular seasons games. He led the team to a surprise postseason appearance in 2018. It was the first time the team had made the playoffs since their Stanley Cup Final appearance in 2012. He’s second in team history in games coached, wins and points.

“John played an integral role in the development of this team in establishing a foundation for our future and we are grateful for his commitment, passion and unmatched work ethic,” Shero said in a statement. “John is a respected leader, developer of talent and friend which makes this decision difficult. We are a team who values and takes pride in accountability to the results we produce.”