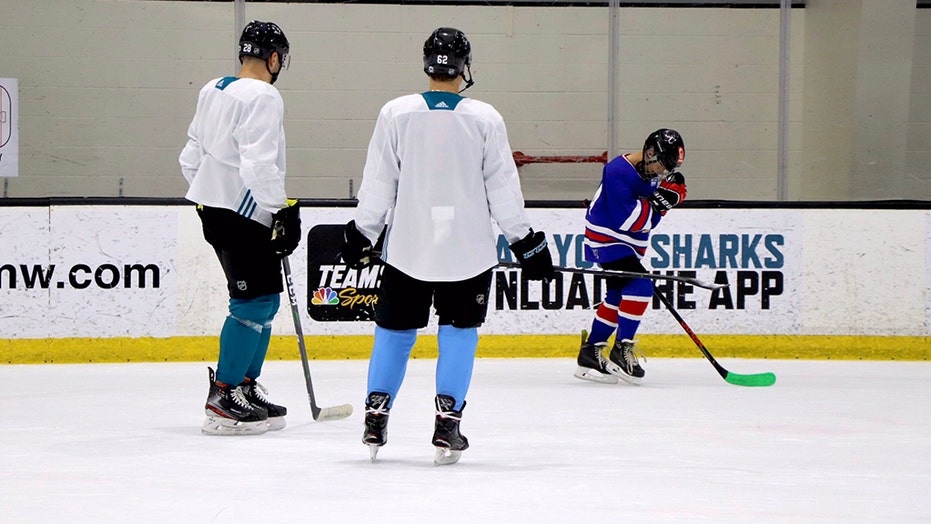 Hot off a two-game winning streak, the San Jose Sharks used Monday’s practice to perfect their goal celebrations with tips from a young hockey player who stole the show last month during an intermission shootout.

Wingers Timo Meier and Kevin Labanc were seen getting private lessons from shootout star Sam, who rose to stardom on Nov. 23 after the Sharks posted his “moonwalk celly” to Twitter.

“Okay the spin-o-rama was cool and all BUT DID YOU SEE THAT MOONWALK CELLY,” the tweet read.

The organization brought the young player out to their practice arena ahead of Tuesday’s game against the Washington Capitals.

“You know what our cellys need? More moonwalks.”