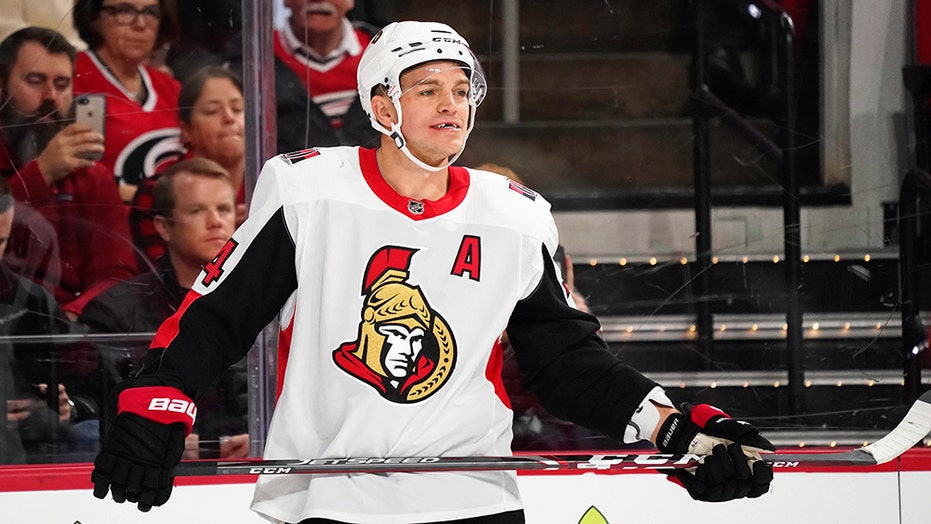 Ottawa Senators defenseman Mark Borowiecki was defending more than just the goal line over the weekend.

“Borocop” Borowiecki lived up to his name Sunday afternoon after he thwarted a would-be robbery in the Gastown district of Vancouver.

The 30-year-old NHL pro saw a man break the window of a parked car and pull out a backpack. That’s when, according to the Ottawa Citizen, he ordered the suspect to drop the goods. The man declined and instead took off toward Borowiecki on his bike -- allowing the 6-foot-2, 205-pound defenseman to clothesline him.

“I told him to give me the bag and he was telling me to get out of the way,” he said following Monday’s practice.

Borowiecki wrestled the man to the ground and eventually recovered the backpack.

In a statement obtained by CBS Sports, Vancouver Police said they were “grateful” for Borowiecki’s intervention.

"We are grateful for Mark's assistance and do recommend that if anybody does witness a crime to immediately notify the Vancouver Police and to stay safe.”

It was not immediately clear if the suspect was apprehended. The bag was said to contain passports and other valuable items.

The Senators poked fun at Borowiecki's heroism Tuesday with an edited clip from the 1987 film “RoboCop.”