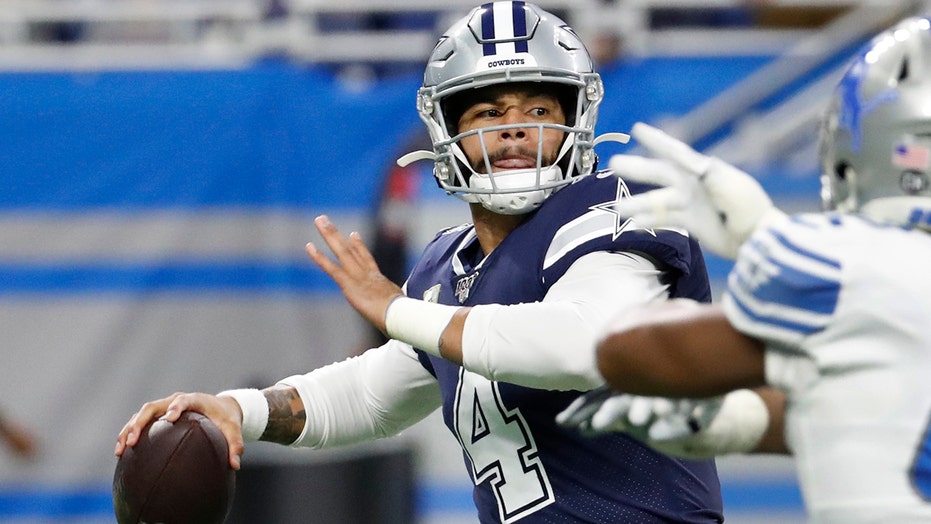 NFL fans were riled up Wednesday after a person was spotted on a roof overlooking Dallas Cowboys practice days before the team's showdown with the New England Patriots on the road.

Dallas Morning News Cowboys beat writer Calvin Watkins tweeted the photo of a person on a building overlooking the practice.

The Patriots have been accused of cheating multiple times in the Belichick era of the organization.

New England was accused of spying on the St. Louis Rams the day before Super Bowl XXXVI, though NFL commissioner Roger Goodell cleared them of any wrongdoing. The Patriots were penalized for videotaping New York Jets’ defensive coaches signals from an unauthorized location in 2007 while Tom Brady was disciplined for his alleged role in the team’s “Deflategate” scandal.

The Cowboys will take on the Patriots this Sunday in a pivotal matchup for both teams. Dallas comes into the game 6-4 and winners of three out of their last four. Dallas narrowly defeated the Detroit Lions last week, 35-27.

The Patriots have mostly been riding their defense and special teams throughout the entire season. New England’s lone loss was to the Baltimore Ravens, and Brady acknowledged that the offense has to be a better complement to the two other parts of the team.

“It's great to be 9-1, but we just have high expectations for what we're doing as an offense, so we're just trying to figure out how we can do things consistently, with dependability, and guys are working hard at it,” he said in a press conference, according to ESPN. “Sometimes it comes together early, middle of the season, late in the season. The only thing that matters really is this week and trying to beat a really good football team.”