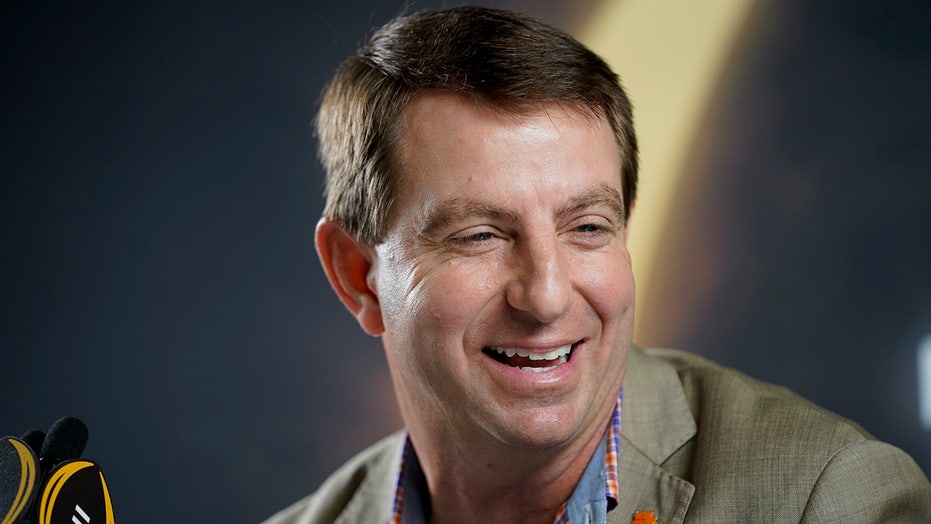 Clemson coach Dabo Swinney attempted to dismiss the theories around why his team was forced to practice inside a hotel ballroom days before the national championship game against LSU.

Clemson was forced to stay inside the hotel due to bad weather, while LSU practiced inside the New Orleans Saints’ indoor facility Saturday. Fans began to question whether LSU got a leg up on Clemson because they were able to go full speed on a field instead of a parquet floor.

Swinney dismissed any notion of an advantage Sunday while talking to the media. He said it was probably the “best practice we had all year.”

“It was a great practice. It was a great day. Thankful that we had a really good facility, and again, we could have done the exact same thing. I just chose not to change our schedule up and stay on course, and it’s great.”

Swinney and Clemson have played the disrespect card all season long. He echoed the notion at CFP Media Day when he called the national championship essentially a road game because of the proximity of LSU to the Mercedes-Benz Superdome in New Orleans.

“Yeah, it’s a road game. That’s just how we look at it. It’s a road game. There’s no doubt,” Swinney said, according to NBC Sports. “Might as well have just played in Baton Rouge. No different. But maybe have better weather here in the Dome, so it’ll be good. But yeah, it’s no different. As I said earlier, it would be like us playing the National Championship in Greenville, South Carolina, 40 minutes up the road.”