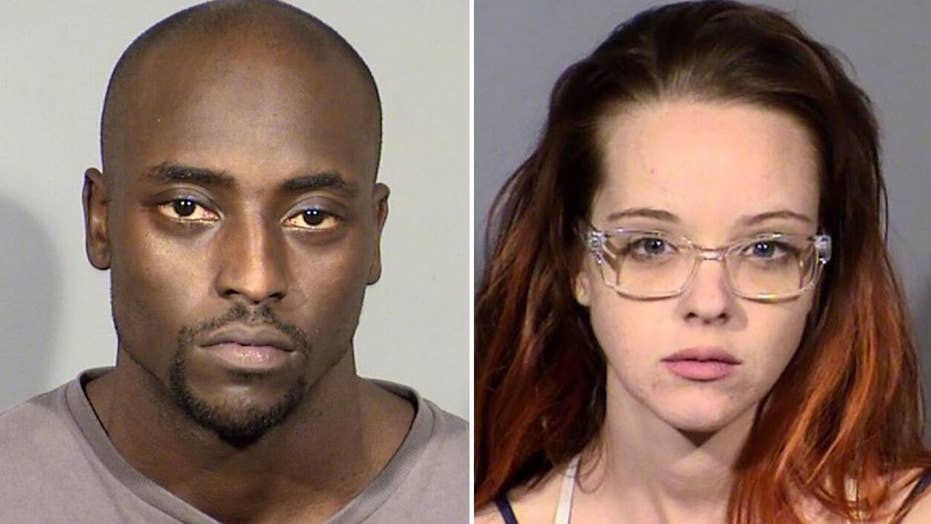 Former NFL running back Cierre Wood and girlfriend Amy Taylor, both of which are accused of killing Taylor's 5-year-old child, were indicted on murder and 20 felony child abuse charges Tuesday. A judge who heard the evidence against Wood last month said it was clear the girl suffered before she died and that Wood and Taylor were responsible for her death.

Former NFL running back Cierre Wood and his girlfriend were indicted on murder and 20 felony child abuse charges Tuesday in connection to the death of the woman’s 5-year-old daughter, officials said.

Wood and Amy Taylor are accused of killing the child who was found lifeless in Wood’s apartment on April 9.

BRETT FAVRE SPIKES ANY CHANCE OF FOOTBALL COMEBACK: 'THE LAST THING I WANT TO DO IS COME BACK AND PLAY'

A judge who heard the evidence against Wood last month said it was clear the girl suffered before she died and that Wood and Taylor were responsible for her death. Taylor, 26, and her daughter had moved into Wood’s apartment less than two weeks before the girl passed away.

Autopsy findings revealed the girl had 20 newly broken ribs, internal bleeding, a lacerated liver and bruises to her heart, diaphragm and connective tissue.

According to court documents, Taylor told police she sat on the girl as a form of discipline. Wood told police he used exercise as a punishment and made the girl do sprints around the apartment. He said she fell backward while doing sit-ups and her head on the carpeted floor.

Wood played college football for the University of Notre Dame before a three-season stint in the NFL. He entered the 2013 NFL Draft but went undrafted. He was first signed as a free agent for the Houston Texans, and later played with the New England Patriots, Seattle Seahawks, and Buffalo Bills over the course of three seasons from 2013 to 2015. He ended his NFL career after tearing his ACL while with the Bills. He later signed with the Canadian Football League and played for both the Hamilton Tiger-Cats and the Montreal Alouettes.