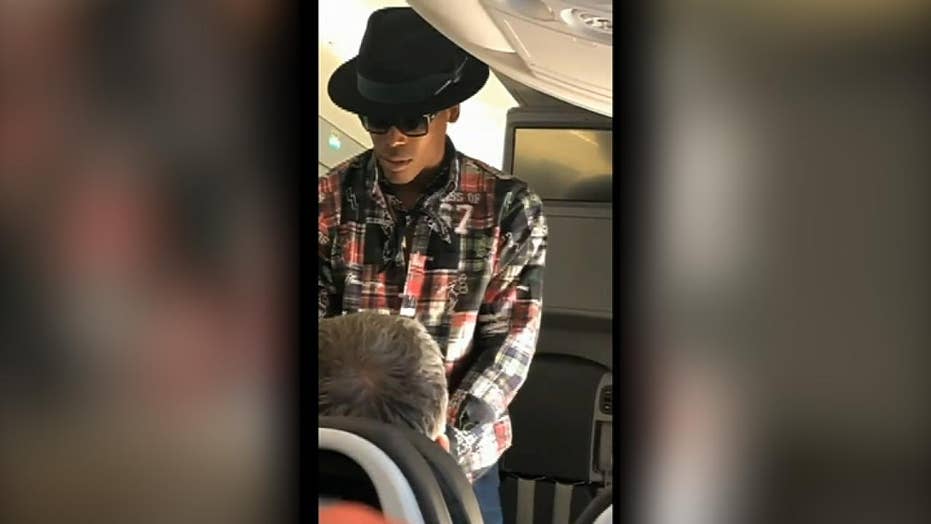 A video surfaced over the weekend appearing to show Carolina Panthers star Cam Newton offering $1,500 to switch seats aboard a 10-hour flight from Paris and getting turned down.

The mystery behind Newton’s plea to switch seats was revealed Monday.

According to Florida sports radio host Andy Slater, Newton had originally paid for a business class seat from Paris to Charlotte but missed the flight. The quarterback was reportedly then forced to fly home via a connecting flight in Dallas in regular economy with no extra legroom.

Newton, a 6-foot 5-inch quarterback who signed a five-year, $103 million contract in 2015, offered the unidentified man $1,500 for the seat and was subsequently turned down.

When the man appeared to shoot the offer down, Newton smiled and walked back to his assigned seat just a couple rows behind. It appears the passenger also valued the extra leg room.

Elisara Edwards, a former Colorado State and Los Angeles Rams player, shot the video explained to the Coloradoan the conversation Newton and the passenger had.

Newton was looking for extra legroom on a flight from Paris. (AP)

Edwards said he was in the right place at the right time to shoot the video.