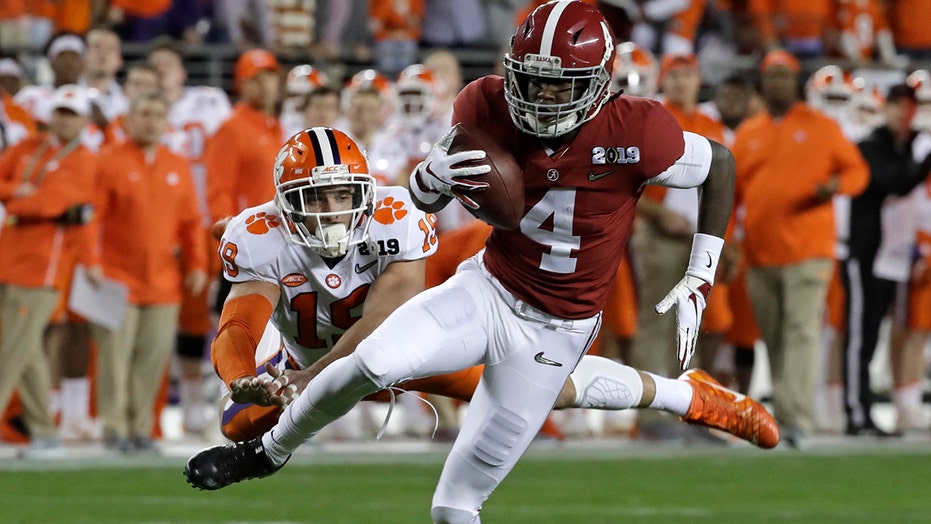 Jerry Jeudy believes that he was the best wide receiver taken in the 2020 NFL Draft.

Jeudy, the No. 15 overall pick, was drafted by the Denver Broncos this past Thursday and will step into a starting role immediately, alongside fellow wideout Courtland Sutton, tight end Noah Fant and running backs Phillip Lindsay and Melvin Gordon. Jeudy will be a key teammate for quarterback Drew Lock, entering his second year in the NFL.

"I feel like I'm the best wide receiver because I've got the ability to separate," Jeudy said Thursday after the Broncos drafted him. “You need to find a way to get open and I feel like that's what I can do. I feel like if I'm getting open and creating 5, 6 yards of separation every time, that means more yards and yards after catch. I feel like once I've created that separation, I get 10, 12 more yards. It's just good to be able to be one of the top route-runners."

Jeudy, a two-time first-team All-American and the 2018 Biletnikoff Award winner, fell to the Broncos at No. 15 and was the second wide receiver off the board. Henry Ruggs III, Jeudy's college teammate at Alabama, went to the Raiders at No. 12.

The Buccaneers then traded up to get Iowa offensive tackle Tristan Wirfs at No. 13, and the 49ers followed that up by picking defensive lineman Javon Kinlaw out of South Carolina with the 14th selection.

"I expected to be a little bit higher, but at the same time, every year the draft is crazy," Jeudy said. "You never know what's going to happen in the draft.”

Jeudy finished with 159 receptions for 2,742 yards and 26 touchdowns during his career at Alabama.