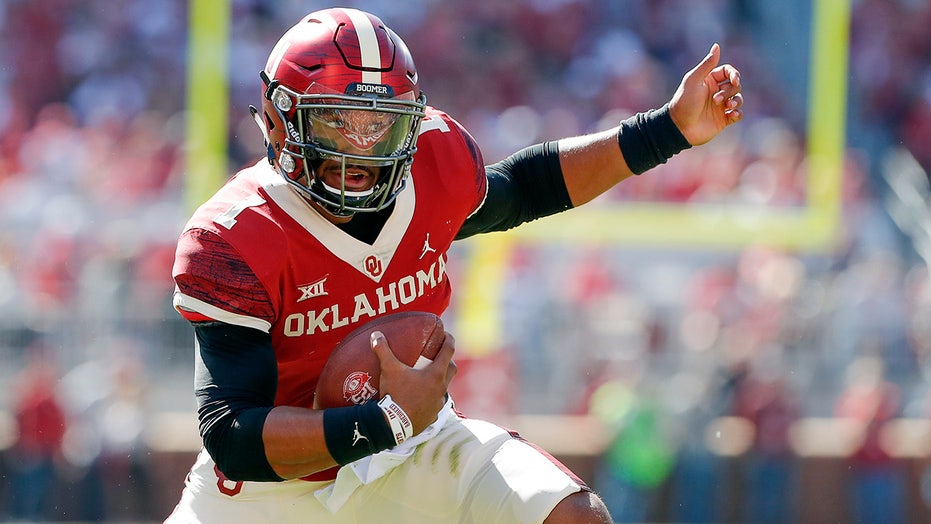 The Philadelphia Eagles raised eyebrows Friday night when they selected quarterback Jalen Hurts in the second round of the 2020 NFL Draft.

Hurts is presumably set to be the backup for quarterback Carson Wentz. However, Wentz is coming off a season where he played 16 games but got hurt in the playoffs and was forced to leave the game in the wildcard round against the Seattle Seahawks.

JALEN HURTS: 5 THINGS TO KNOW ABOUT THE 2020 NFL DRAFT PROSPECT

Wentz’s injuries have defined his short career so far and it makes you wonder if the Eagles are planning to have a solid quarterback waiting in case Wentz gets hurt again.

Eagles general manager Howie Roseman made clear that Wentz is still the starting quarterback when talking about the Hurts pick.

“When coach [Doug] Pederson came in and we sat down in 2016, we said we were always going to be about the quarterback position,” Roseman said, according to the Philadelphia Inquirer. “It’s the most important position in sports, and we were very fortunate to get a young Pro Bowl quarterback in Carson Wentz. Our goal is to surround him with as many good people as we possibly can, as many good players as we possibly can.

Hurts totaled 3,851 yards and 32 touchdowns in his lone season at Oklahoma. He led the Sooners to Big 12 title and a College Football Playoff appearance. He was also named runner-up for the Heisman Trophy.