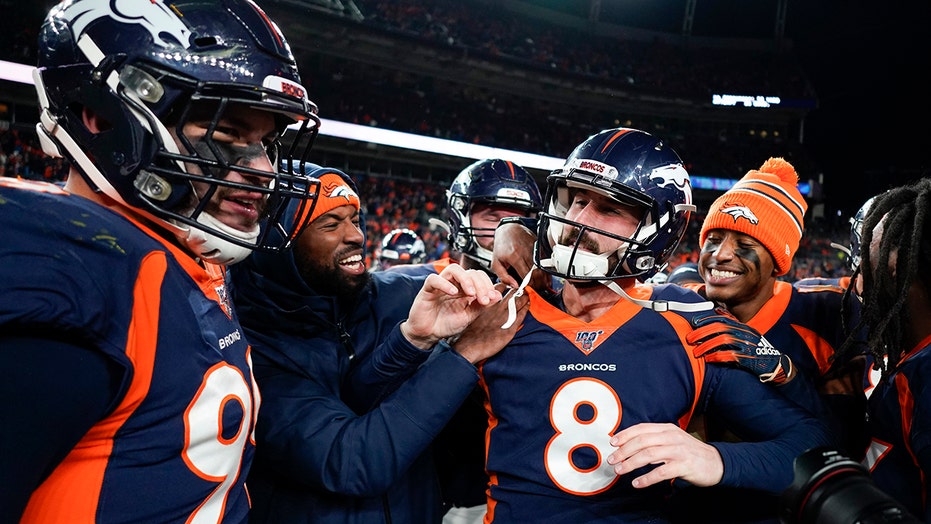 While Denver Broncos kicker Brandon McManus proved to be the hero in the team’s close win over the Los Angeles Chargers on Sunday, he was furious with coach Vic Fangio in the middle of the game.

McManus had an opportunity to attempt a 65-yard field goal with one second remaining in the first half. If McManus made the kick, it would have set an NFL record. However, Fangio decided at the last minute to put the offense back on the field. The Broncos would then get a delay-of-game penalty.

McManus was irate as he walked off the field. He was seen yelling at Fangio and spiking his helmet.

Fangio attempted to rationalize the decision after the game, according to the Denver Post.

“I’ve seen many times where guys try extra-long kicks, and they alter their mechanics and it affects them the rest of the game,” Fangio theorized.

McManus later hit a 53-yard field goal to win the game. He routinely tries 75 yards in practice but his career-long is 57 yards. He came out of halftime warming up from 65 yards to send a message.

“[Fangio] hasn’t been here that long to see my total range, in training camp over the years and [practices and games],” McManus said, according to the Post. “I knew I could make it, they’ve seen me make it in practice, and we were right at the line that I gave them.”

McManus said he wasn’t mad about not getting the opportunity to kick it but he looked forward to potentially getting the chance to put his name on the record.