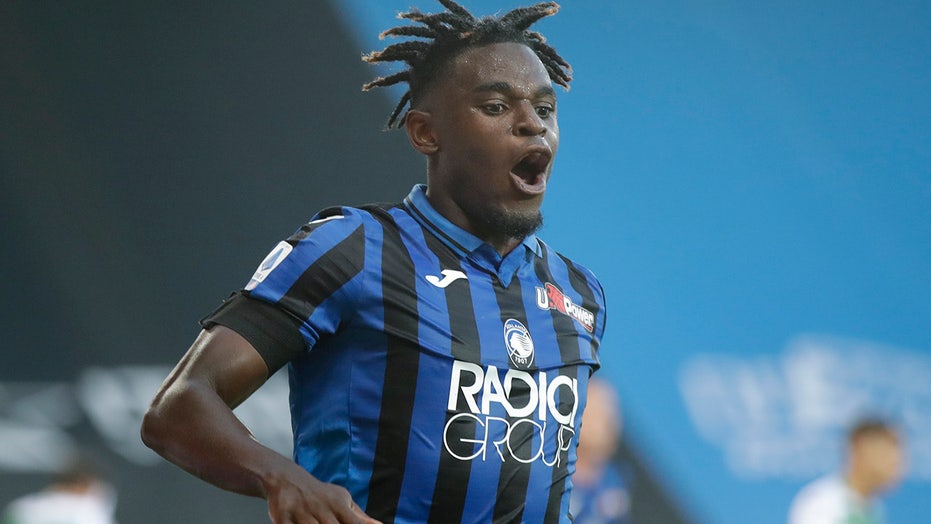 Soccer resumed in one of the Italian cities hit hardest by the coronavirus pandemic with a poignant Serie A match on Sunday as Atalanta gave a much-needed boost to the residents of Bergamo.

Atalanta beat Sassuolo 4-1 in its first Serie A match in 112 days and the first in Bergamo since Feb. 15.

“There’s a lot going on in the world and Bergamo has been hit hard. This win was for the city, the people, the club. The worst days are behind us, change is coming,” Atalanta midfielder Marten de Roon wrote in a post on Twitter after the match.

More than 16,000 people have died from the virus in the Lombardy region containing Bergamo, and the small city was one of the epicenters of the outbreak.

Images of a convoy of military trucks driving coffins out of the city because the crematorium couldn’t keep up were beamed around the world.

Atalanta coach Gian Piero Gasperini — who revealed last month that he acquired COVID-19 — had vowed before the match to help make the people of Bergamo smile again.

“A first smile. It’s nice to say that we’re back and we have restarted from where we were stopped,” Gasperini said. "It’s obvious that some things will never be deleted. But soccer which is entertainment and an incredible passion can help people rejoice again.

“Our biggest satisfaction will be when fans can return to the stadium because playing in these conditions is really a shame. A win like today with fans would have been a completely different thing.”

The minute’s silence before kickoff in tribute to those who have died with the coronavirus was accompanied by a video of the city during the crisis, along with the song “Rinascero, rinascerai” (I will be born again, you will be born again).

Serie A has resumed this weekend with four catchup matches. There were two on Saturday and title-chasing Inter Milan beat Sampdoria 2-1 in Sunday's late match.

All matches are being played in empty stadiums. Some fans were outside Atalanta's Gweiss Stadium and they could be heard chanting against the league’s governing body.

The match was all but over by halftime following strikes from Berat Djimsiti and Duván Zapata and an own-goal by Sassuolo midfielder Mehdi Bourabia.

Atalanta had also hit the crossbar and had a goal ruled out for handball.

Zapata added a second after the break and Atalanta also had penalty appeals waved away on a tight decision by the video assistant referee. Gasperini was so incensed by the decision that he was sent off for dissent.

Bourabia made up for his own-goal by scoring at the right end in stoppage time.

Atalanta remained fourth but moved six points above Roma in the fight for the final Champions League spot.

Atalanta is playing in its first season in Europe's premier club competition. Many experts have pointed to the round of 16 match between Atalanta and Valencia on Feb. 19 in Milan as one of the biggest reasons why the virus was so deadly in Bergamo. The match has been dubbed “Game Zero” by the local media.

Romelu Lukaku marked his goal by taking a knee.

Lukaku, who is Black, showed his support for the Black Lives Matter movement after scoring Inter’s opener in the 10th minute — finishing off an impressive team move.

The Belgium forward posted a photo of that moment on social media after the match with the words: "This one is for all the people who’s fighting for injustice. I am with you."

Lautaro Martínez doubled Inter’s lead before Morten Thorsby pulled one back for Samp eight minutes into the second half.

Sampdoria was one of the teams which announced the highest number of cases of COVID-19, including at least seven players, with the team doctor hospitalized.

Inter’s team doctor was also hospitalized with the virus.