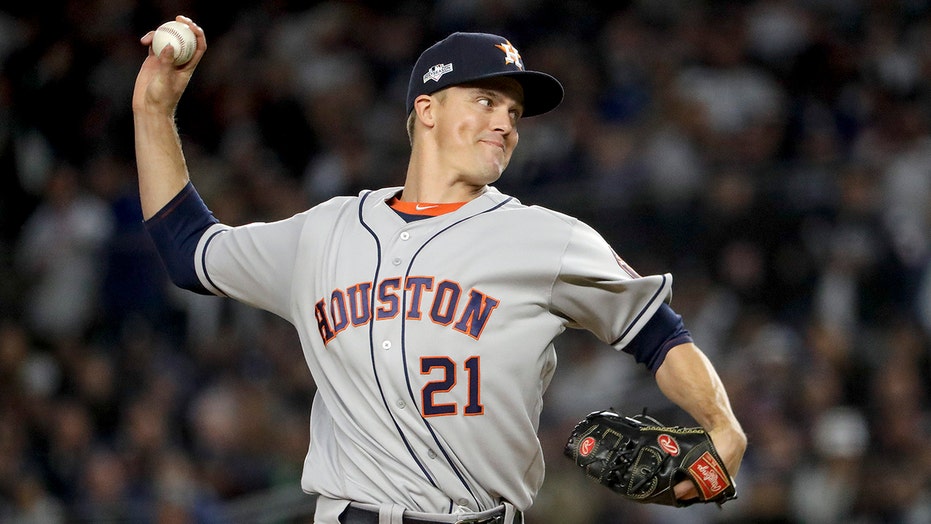 Fans were taunting Greinke’s struggles with social anxiety disorder and depression about 20 minutes before the first pitch, according to NJ.com. The fans reportedly also aimed chants at Greinke’s mother and called the pitcher by his first name, “Donald.”

It’s unclear what the fans were allegedly chanting, but an NJ.com reporter tweeted that it had something to do with prescription medications. NYPD officers had to eject at least one fan before the game started.

Greinke told reporters after his five-strikeout performance in the win that he didn’t hear the chants.

Astros outfielder Josh Reddick was shocked to hear about the chants after the game, according to NJ.com.

“This is the first time I’ve heard of it,” Reddick said. “I don’t know if low class is the right word, but [Yankees fans] are hectic. They definitely are harsh here in this ballpark. They support their team as loud as they can. They’re going to show up.”

The Astros were already upset with Yankees fans going into Game 4. Reddick and manager A.J. Hinch were annoyed with fans throwing trash onto the field in Game 3. Hinch said he would take his team off the field if it happened again.