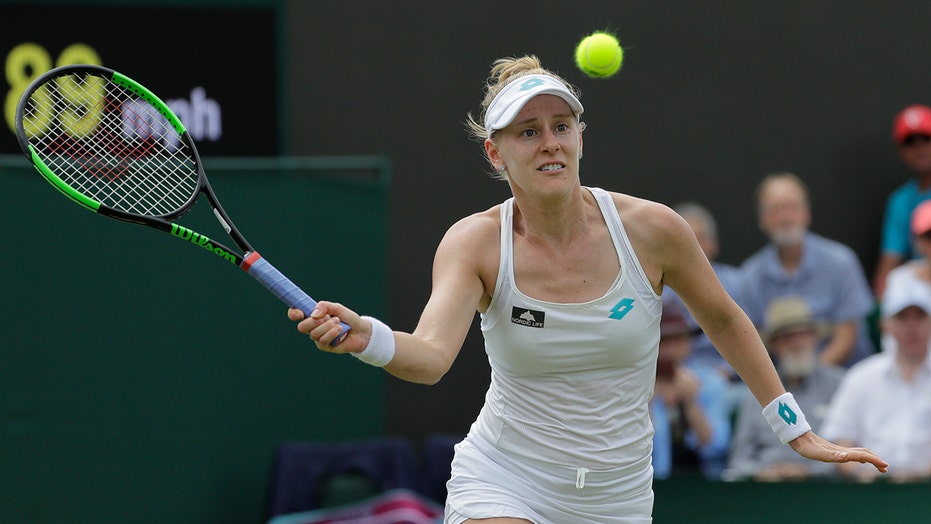 American Alison Riske upset No. 1-seeded Ashleigh Barty in the round of 16 at Wimbledon on Monday.

The unseeded Riske came from a set down to beat Barty 3-6, 6-2, 6-3. Riske broke for a 5-3 lead in the final set and clinched her win on her first match point when Barty sent a backhand wide.

Riske will now move on to her first career Grand Slam quarterfinal.

The loss ends a 15-match winning streak for Barty, who was coming off wins at the French Open and the Birmingham Classic. She was ranked No. 1 in the world coming into Wimbledon.

For Riske, it was her 30th Grand Slam tournament, but she’s only gone as far as the fourth round at the 2013 U.S. Open. The 29-year-old will face the winner of a match between Serena Williams and Carla Suarez Navarro.