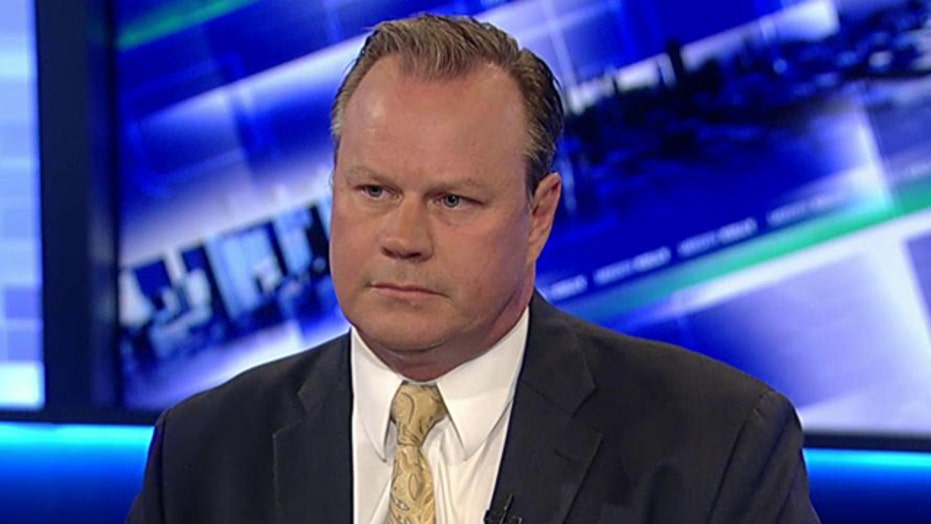 Sean Bergin on why he doesn't regret making remarks

I’m a big proponent of journalists playing by the rules.

Reporters, in particular, need to be fair to all sides, provide the facts, and not spew personal opinions.

So why am I defending Sean Bergin, the New Jersey reporter who admits he flouted those common-sense rules?

Because he wound up losing his job, and I don’t believe the punishment fit the crime.

Since this was a racially charged matter, it quickly went viral. Fifteen years ago, it would have been a local Jersey controversy. Now it’s all over the web and on cable news.

The backstory is that Bergin was covering a cop-killing case, the brutal murder of officer Melvin Santiago, who was responding to a robbery call. He hesitated when the station asked him to interview the widow of the shooter, Lawrence Campbell. She said her husband should have killed more police officers if they were planning to kill him, sparking a furious reaction.

It was in the course of explaining this to viewers that Bergin went on a bit of a rant:

“It is worth noting that we were besieged, flooded with calls from police officers furious that we would give media coverage to the wife of a cop killer. We decided to air it because it is important to shine a light on the anti-cop mentality that has so contaminated America’s inner cities. This same, sick, perverse line of thinking is evident from Jersey City to Newark and Patterson to Trenton. It has made the police officer’s job impossible and it has got to stop. The underlying cause for all of this, of course: Young black men growing up without fathers. Unfortunately, no one in the news media has the courage to touch that subject.”

Now Bergin went too far. He was overgeneralizing without providing facts. By saying “the underlying cause for all of this” is young black men from fatherless families, he cast each one as a potential criminal.

But it also took courage to say what Sean Bergin did. He spoke with great emotion about the death of a policeman.

So how did the station react? First, News 12 suspended Bergin. Then it demoted him to a $300-a-week post in which he’d be given on light feature assignment each week. “It is News 12′s policy that reporters must be objective and not state personal opinions on-air,” a spokesman said before adding the usual claptrap about not discussing personnel issues. (Isn’t it amazing how news organizations report on everyone else’s personnel problems but their own?)

Bergin quit, as the station must have known he would. Perhaps News 12 didn’t want to take the heat for firing him; instead, executives left him with little choice but to leave.

To his credit, Bergin admits he broke the rules. He told Megyn Kelly that “I was trying to add context and balance. And, yes, and then, look there's no doubt I went off the reservation, I made a couple rogue remarks at the end. I knew what I was doing.” He thought he would get a reprimand, perhaps a temporary suspension.

Bergin says he spoke out “because this has got to stop. Somebody has to have the guts to stand up and point at this and say, hey, man, we got -- you know, we got to start talking about this. I know it's a touchy subject. I know it's a sensitive issue.”

Again, the debate over this touchy subject is better carried out by analysts and commentators, not reporters popping off. But I doubt News 12 would have dumped Bergin if he’d “editorialized” on some less controversial subject.

But as I told Bill O’Reilly, imagine if the station had suspended him for a couple of days for breaking the rules, then seized the moment by assigning him a three-part series on the roots of urban crime, fatherless families and racial animosity toward the police.

Instead, the station looks like it is fleeing controversy—and Sean Bergin is looking for a job.